This image shows the large Red Rock formation which describes a chain of mesas along the route of U.S. Route 66. 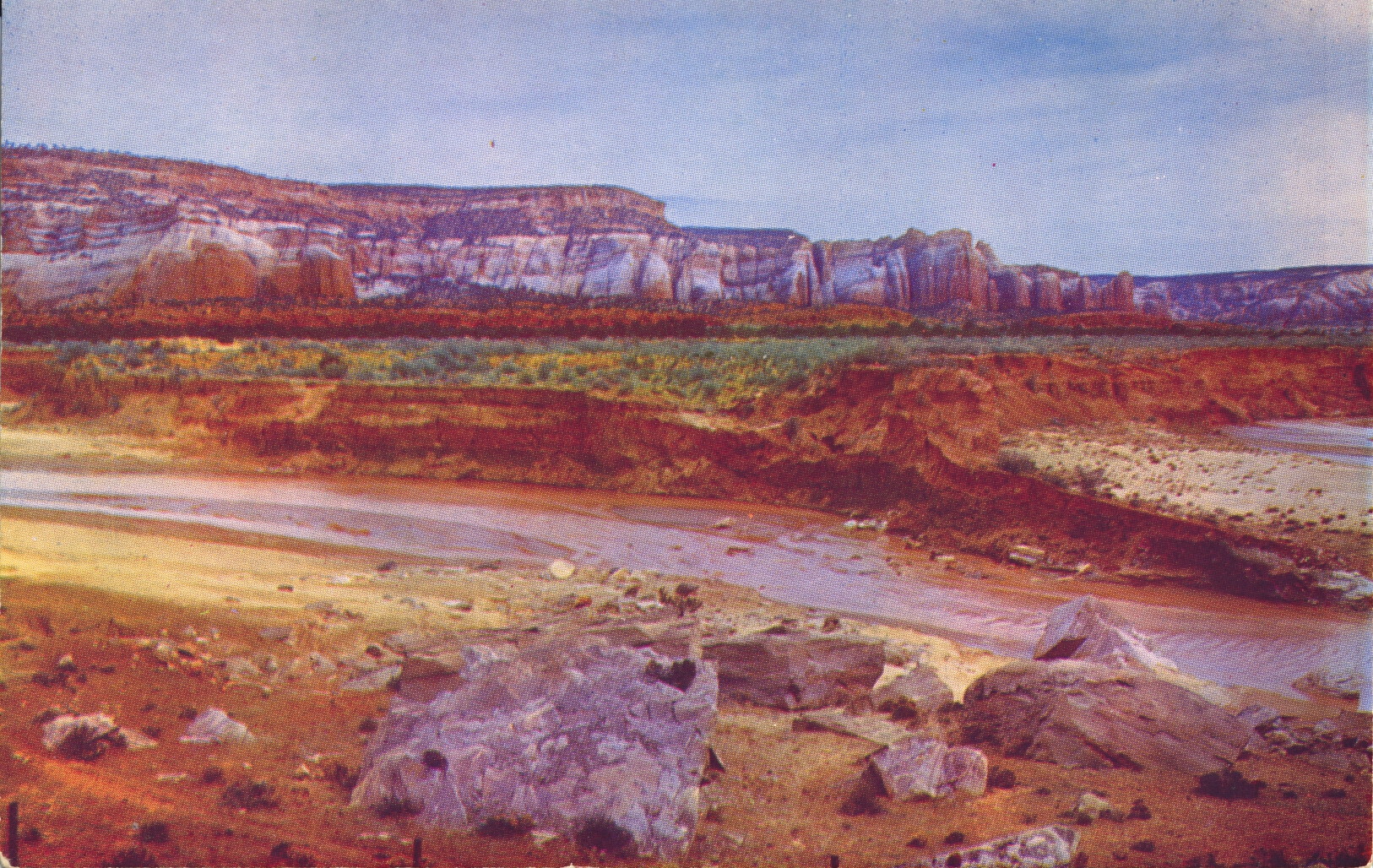 These colorful rock formations are seen along highways 66 both east and west of the state line.

–This area is part of the lands owned by the Navajo Nation. This card likely dates from the 1950s.