This is an artist’s rendition of the Yucca plant in flower, a common plant in the desert southwest. Its full range extends from Guatemala in the south to Alberta, Canada in the north. 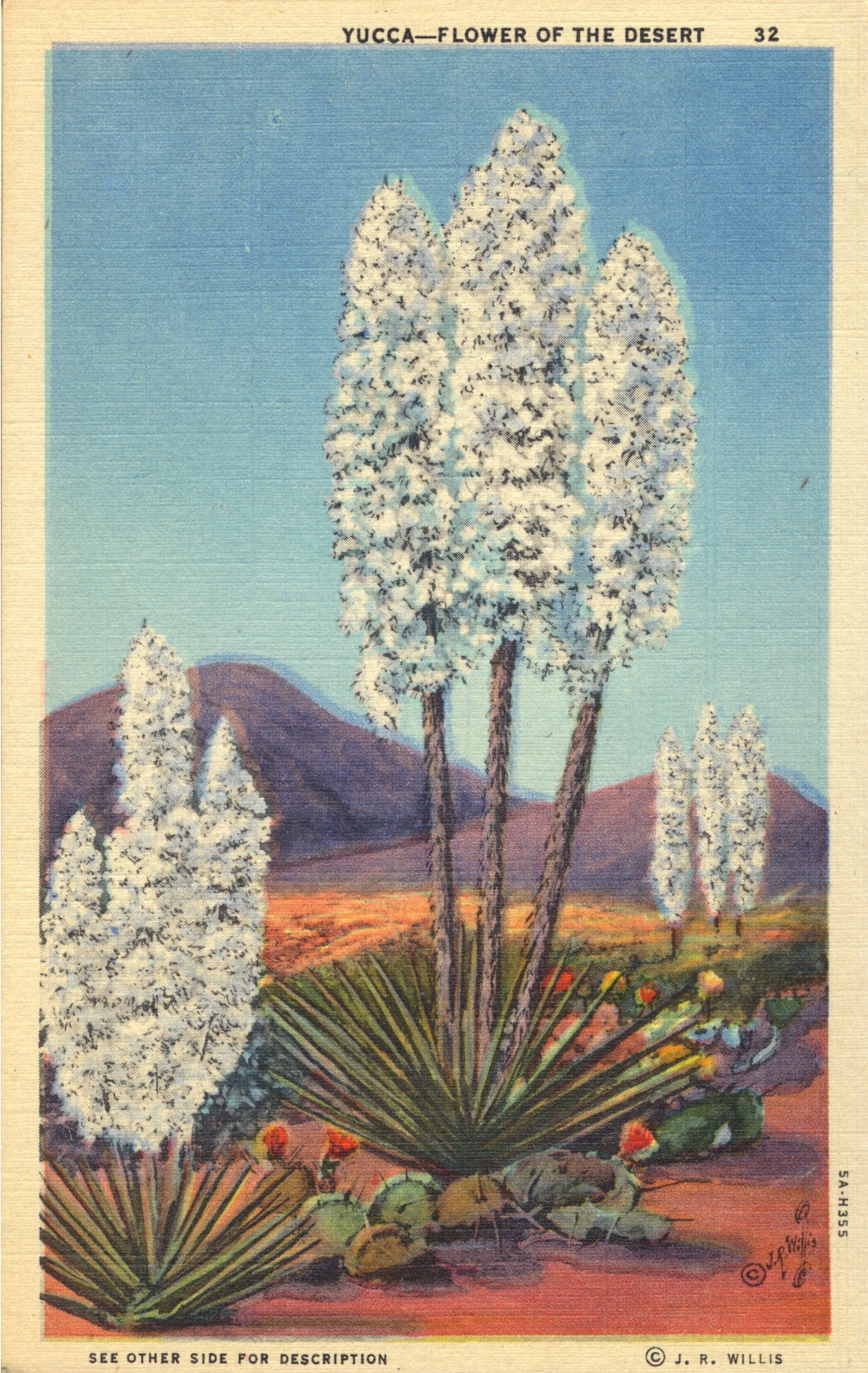 The YUCCA, a plant peculiar to the deserts of the Southwest, is variously called Spanish Bayonet, Lamparas de Dios (Lamps of the Lord) and “Soapweed”. It is found in New Mexico, Texas, Arizona, and California. The roots are used by the Indians as soap, while the leaves are used for basket making. It has been adopted as the State Flower of New Mexico.

–This plant has become a popular ornamental plant and is used in residential areas and as decoration around businesses in urban areas.