This image shows the King’s Throne formation, located in the room named the King’s Palace by an early explorer. 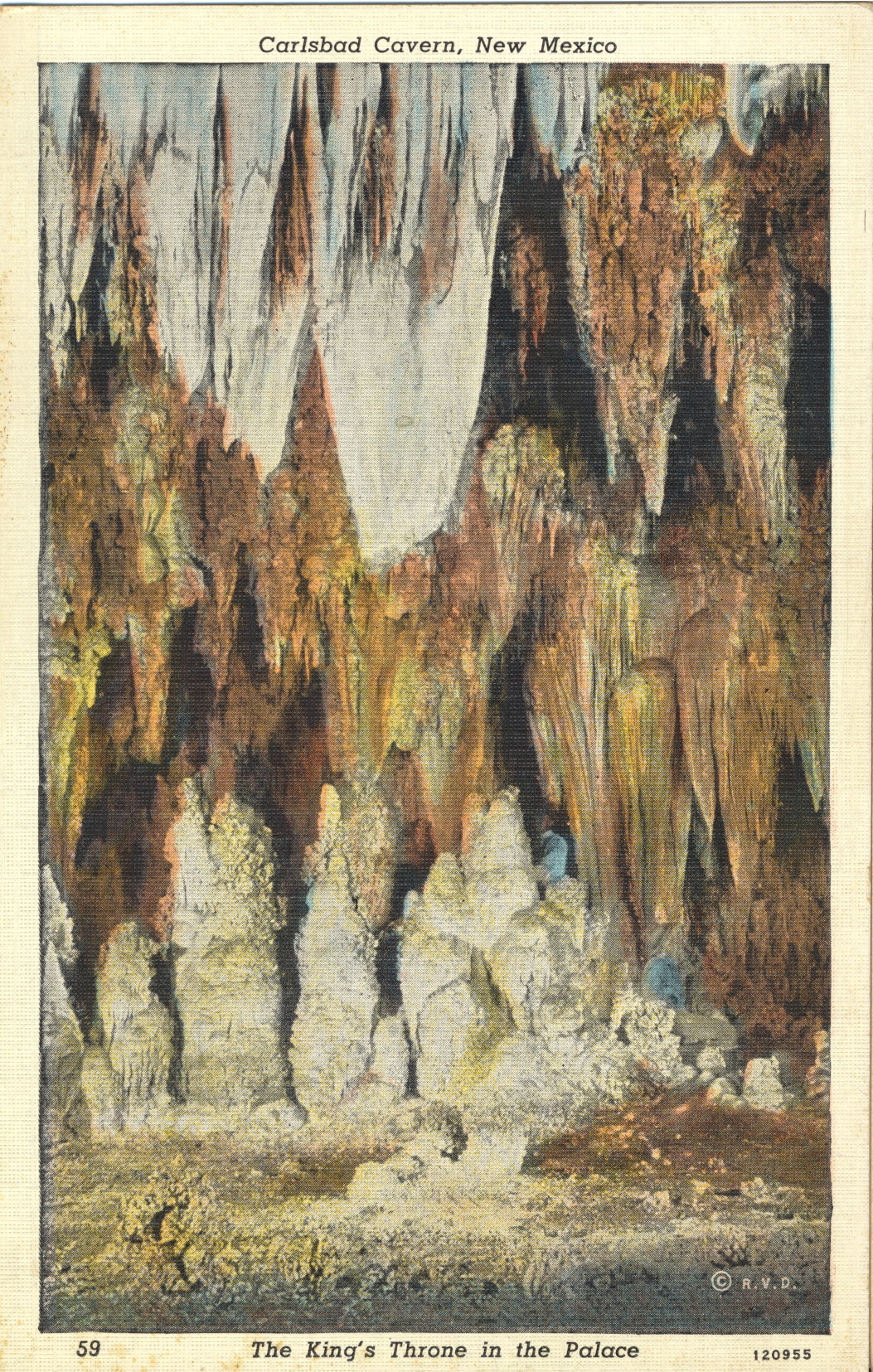 The King’s Throne is in the King’s Palace on the left as one enters the beautifully decorated chamber. Directly overhead is an immense stalactite so formed as to receive the name of “The Guillotine” reminding one of ancient days.

–Reference to the guillotine is not at all ancient, as it has come to be called after the proponent of its use in the French Revolution at the end of the 18th Century. The device has existed in similar form at least since the 12th Century, however.