This image shows a rock formation along the historic U.S. Route 66 west of New Mexico, which with some imagination has come to be called Owl Rock. 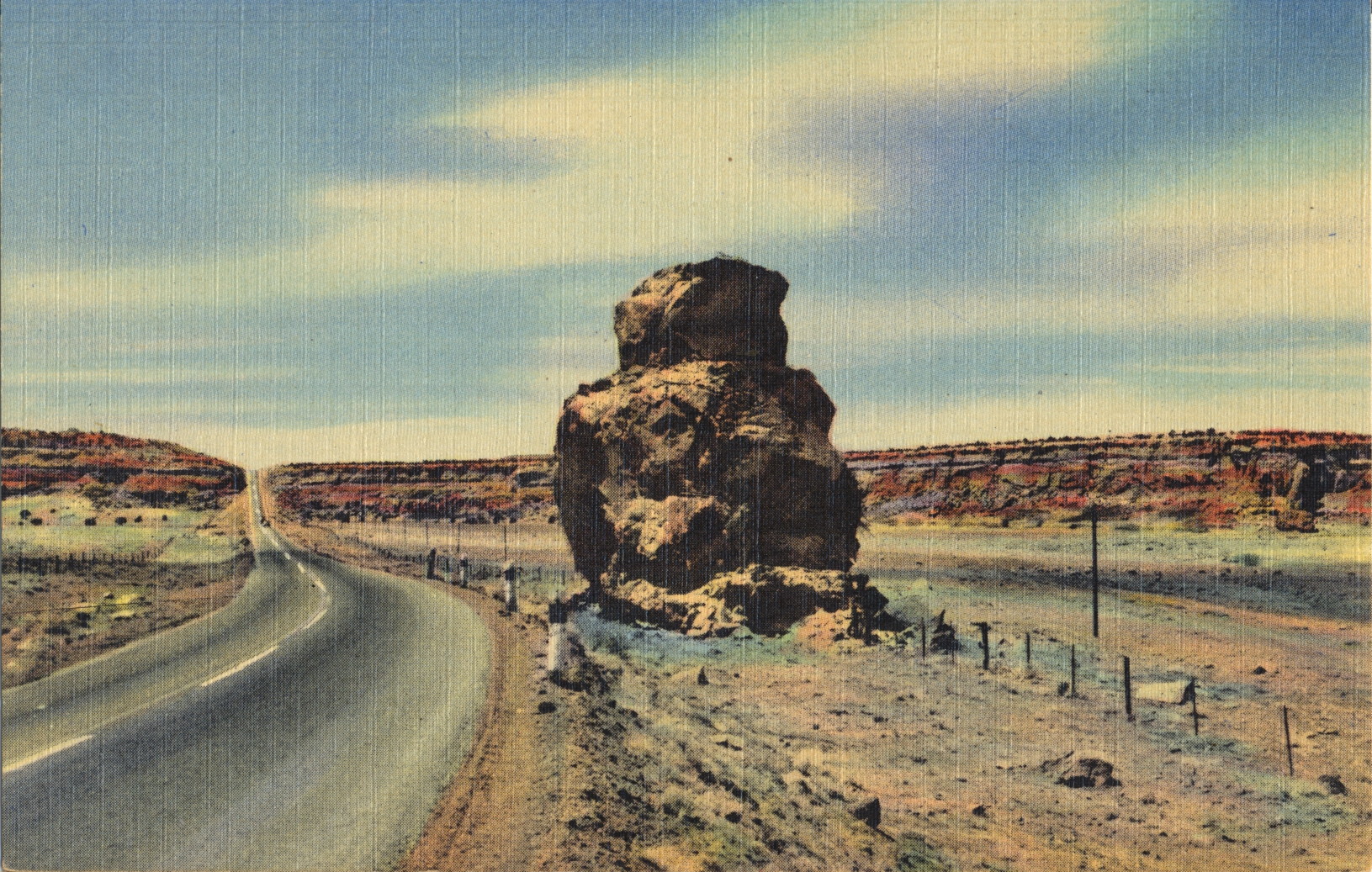 –This formation is still visible from the roadway that now passes by it, which has been upgraded and slightly relocated over the intervening decades.