This card has a view of the Great Basin and Range at the point where the water flows either east to the Gulf of Mexico, or west to the Pacific Ocean, known as the Continental Divide. 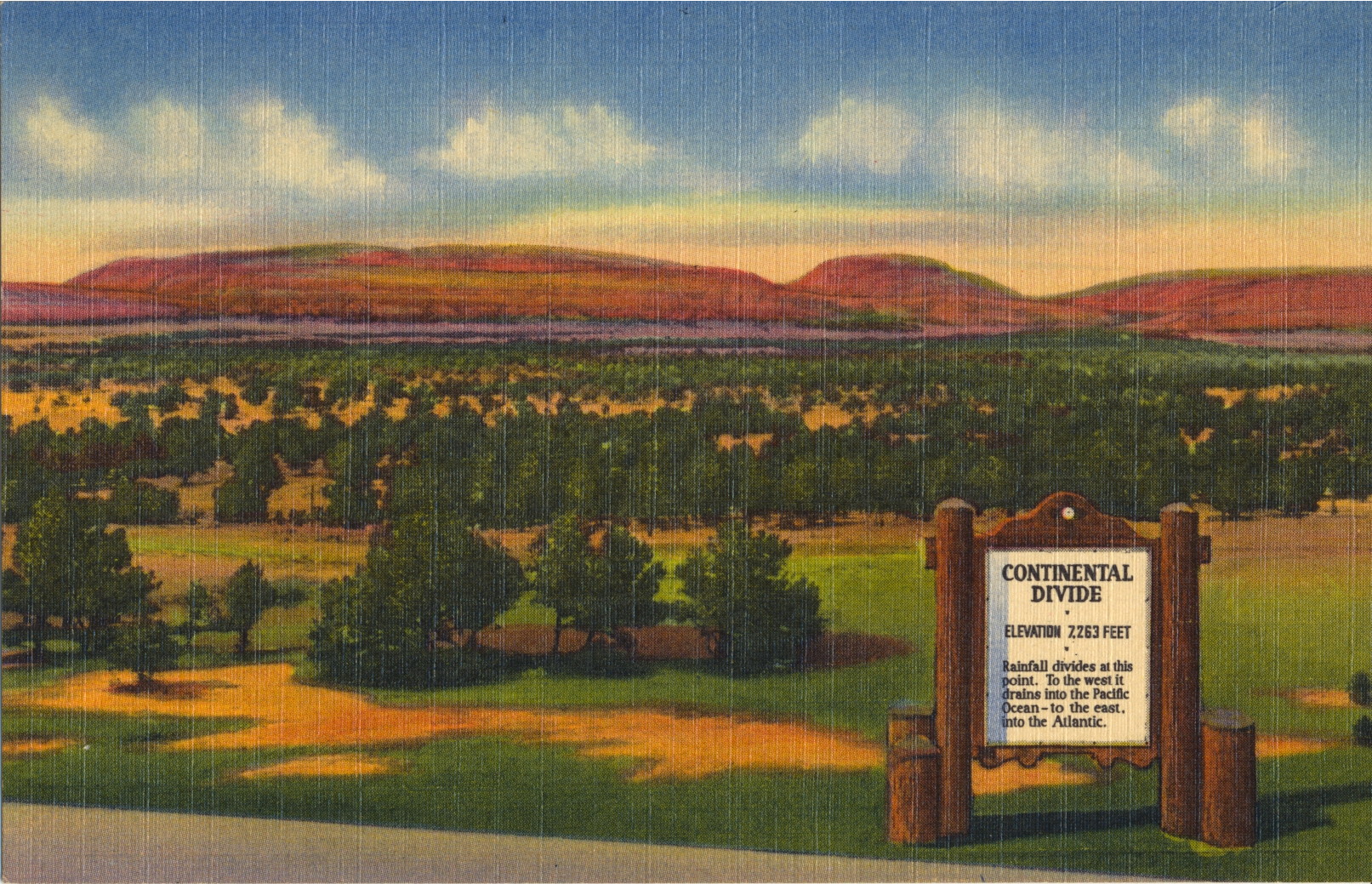 The Great Continental Divide extends from Alaska through the Western United States, Mexico, Central America and South America to Patagonia. From this “Divide” the water (streams) run definitely east or west.

We cross this Highway “66” just about 115 miles west of Albuquerque and 30 miles east of Gallup, N. M. This spectacular view of the Red Rocks is from the village at the Divide.

–Highway 66 is a reference to the legendary U.S. Route 66 which originally ran from Chicago, Illinois to Santa Monica, California, but it has been replaced almost entirely by the later Interstate Highway System roads.