This image shows a deposit of volcanic lava, known locally as malpais, which was formed from the now extinct volcanoes in the San Francisco Peaks region of New Mexico. 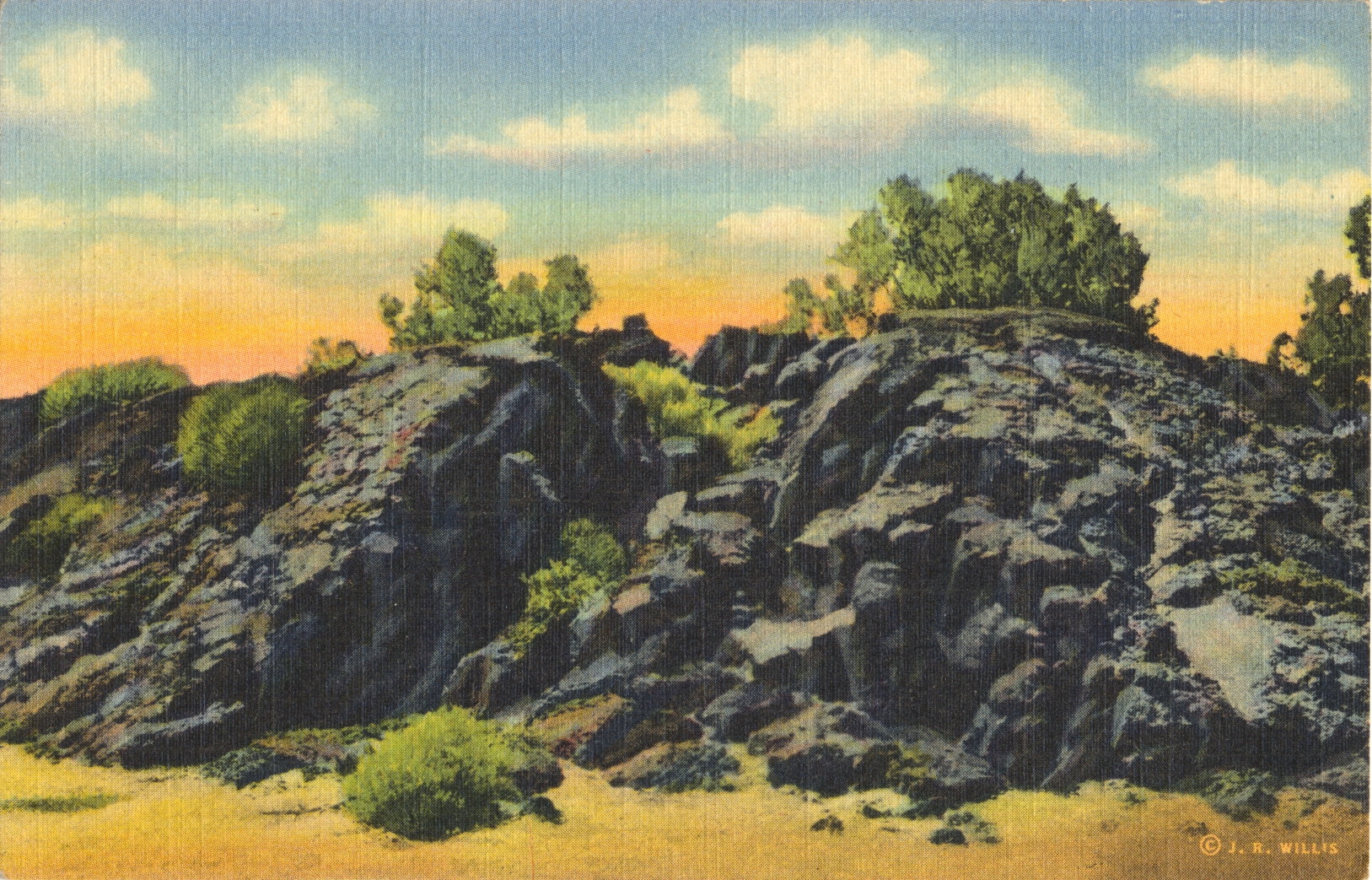 In some remote period Mt. Taylor, the San Francisco Peaks, and other mountains in the Southwest were volcanic and belched forth great masses of black lava and cinder which still remain in its hardened state as it was after calling off ages ago.

Great areas, locally called Malpais (lava) may be seen from the highway near Tularosa and Carrizozo or as we pass Grants and Ice Caves, also near Flagstaff, Arizona.

–The lava is found throughout the Arizona and New Mexico desert regions. Because it is extremely irregular and poor soil, it is considered useless badlands. There is a national monument by a similar name, the El Malpais National Monument, which features extensive examples of this formation located in New Mexico.