This image shows the Great Lake passenger boat known as the S.S. Noronic. It travelled the Great Lakes carrying up to 600 passengers. It was launched in 1913. 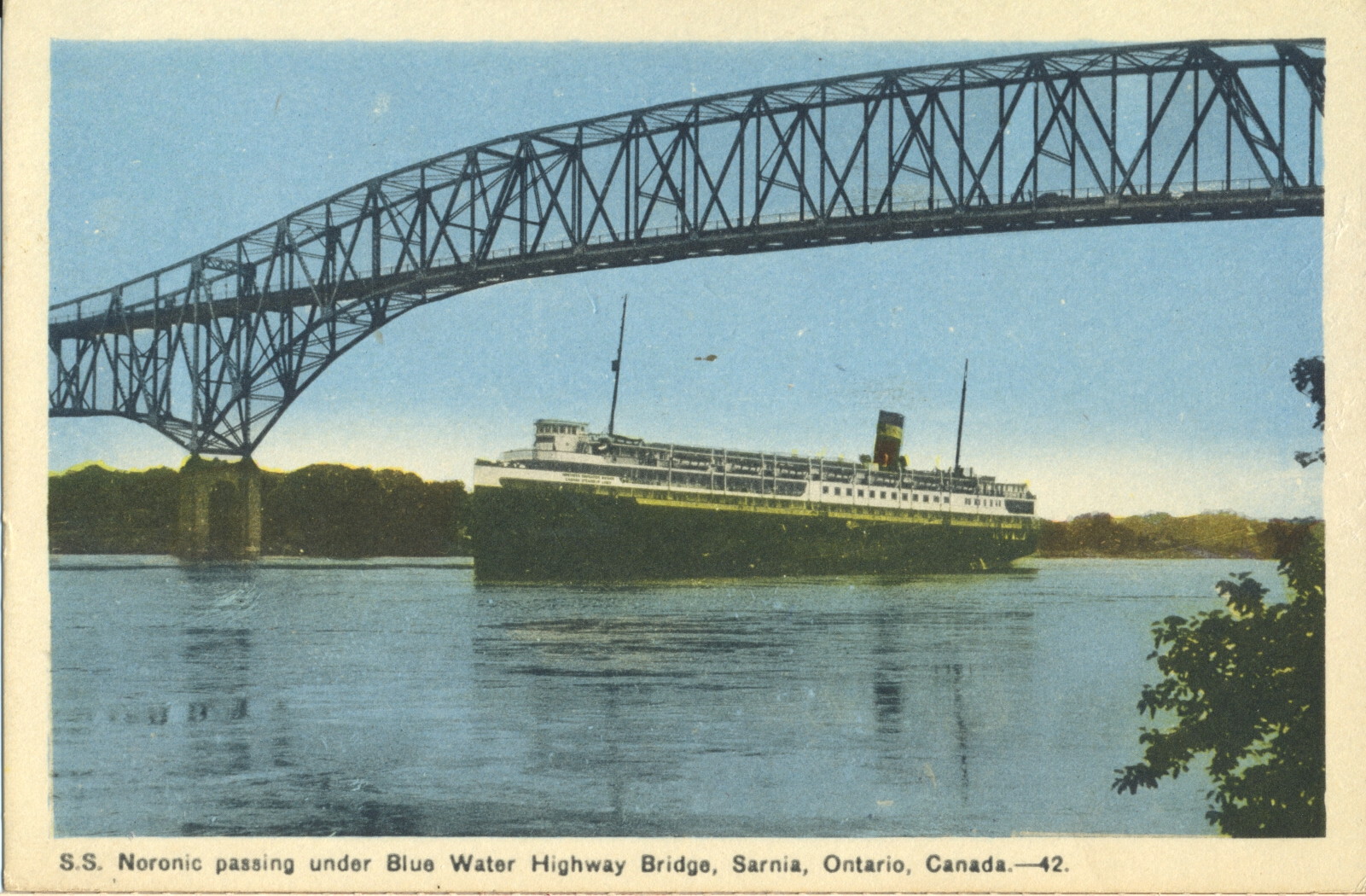 –The S.S. Nordic would ends its career in disaster when a fire destroyed the ship in dock on 17 September 1949 with the loss of over 100 lives.

This card likely dates from the late 1930s, as that is when the bridge was completed.