This aerial view of the Blue Water Bridge shows the connection between Port Huron, Michigan and Port Edward, Ontario across the international boundary formed by the St. Clair River. 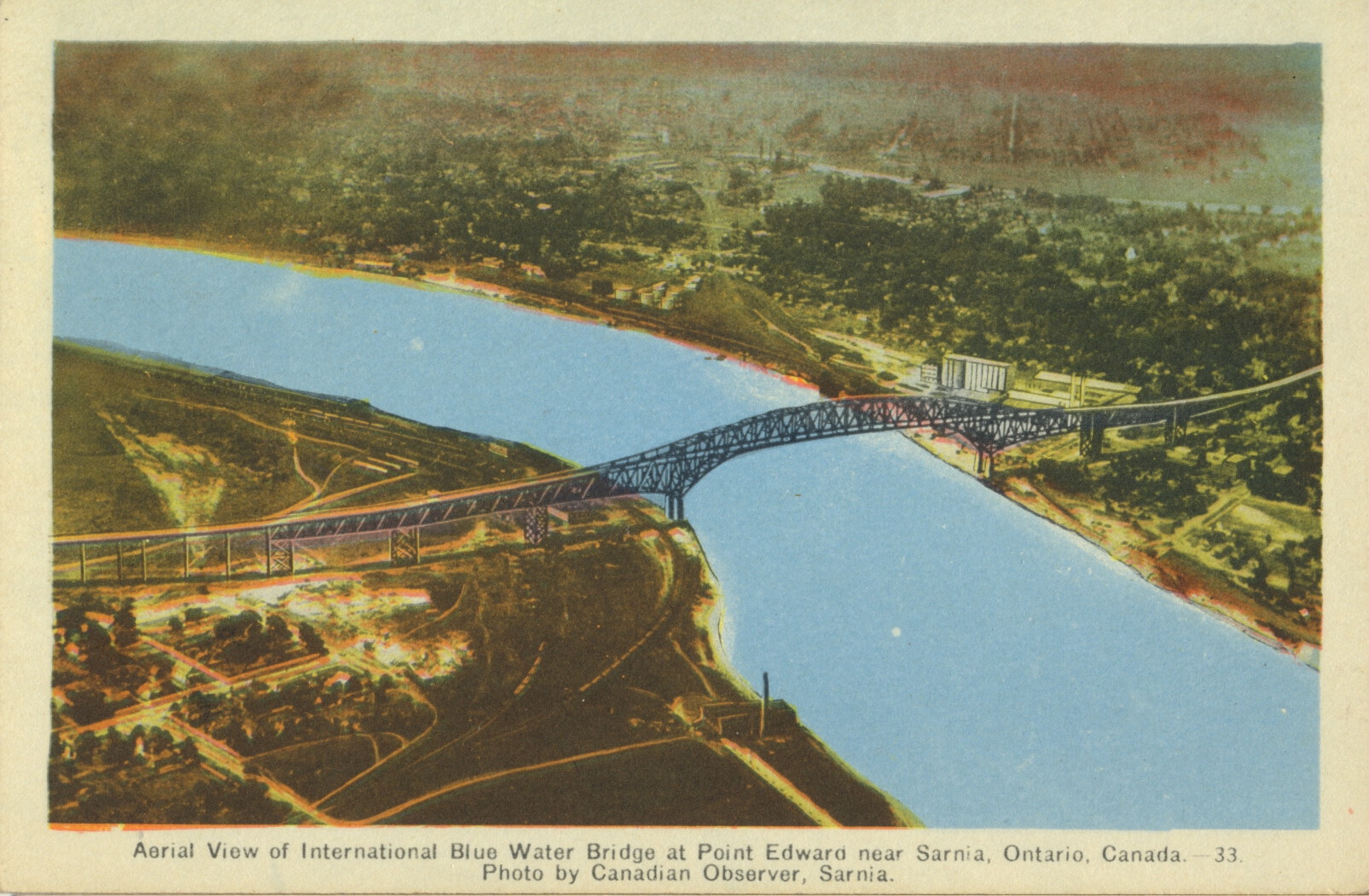 –This image shows the bridge as it was after completion in 1938, before a second, similar span was completed in 1997 to accommodate the additional vehicle traffic between the two countries.

This image is likely from the 1930s