This rock formation is called the Sea lion, but can be challenging to envision the animal’s shape from that of the rock. 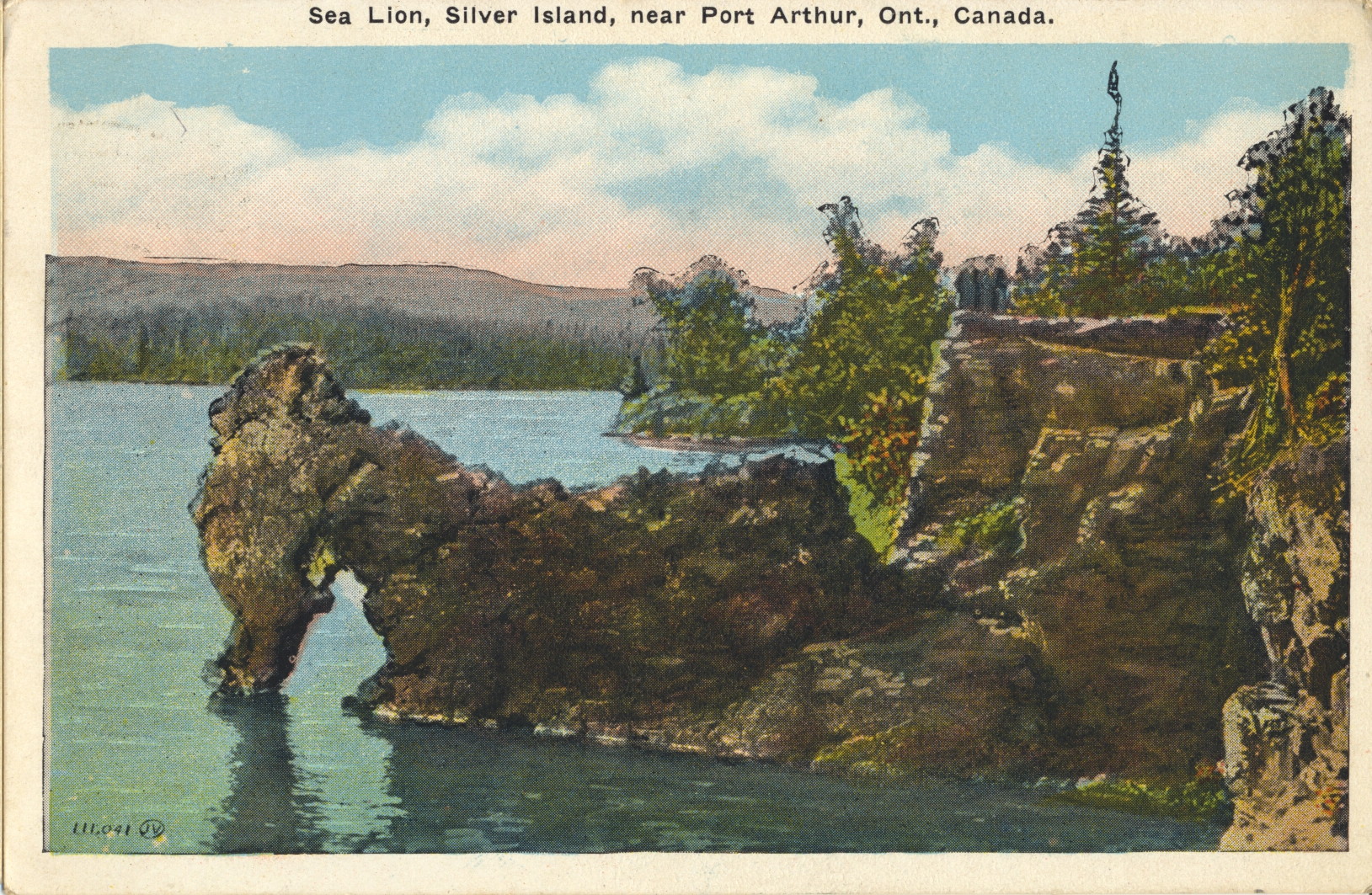 –The island is now better known as Silver Islet, and acquired the name from a silver mine located there. The town of Port Arthur no longer exists as such, having been merged into the city of Thunder Bay.