This image shows an aerial view of the 17th Century defensive works for the city of Quebec, Canada known as the Citadel. It is the main element in a larger national historic area in the Upper Quebec section of the city. 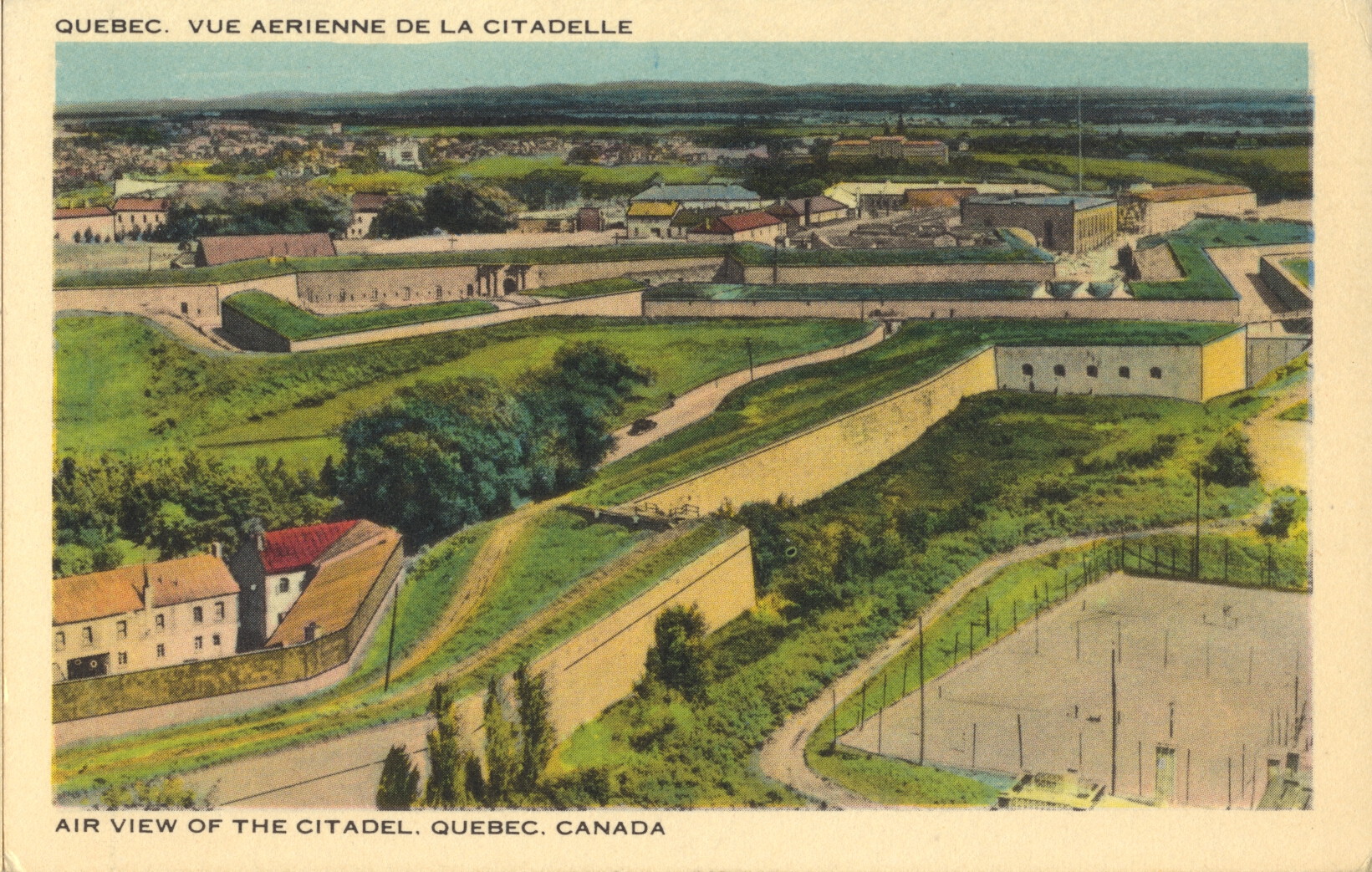 –There is no description on the back of the card.

While the first protective walls were initially complete in time for the Battle of Quebec in 1690, there was extensive ongoing expansion and amplification of the fort for many decades following . The existing star fort was built between 1820 and 1850.