Nearby Tobermory, Ontario is this lighthouse at Cove Island, Ontario. It is on the Bruce Peninsula and has provided navigational safety and guidance for ships passing through the narrow channel between Lake Huron and Georgian Bay. It was made operational in 1858. 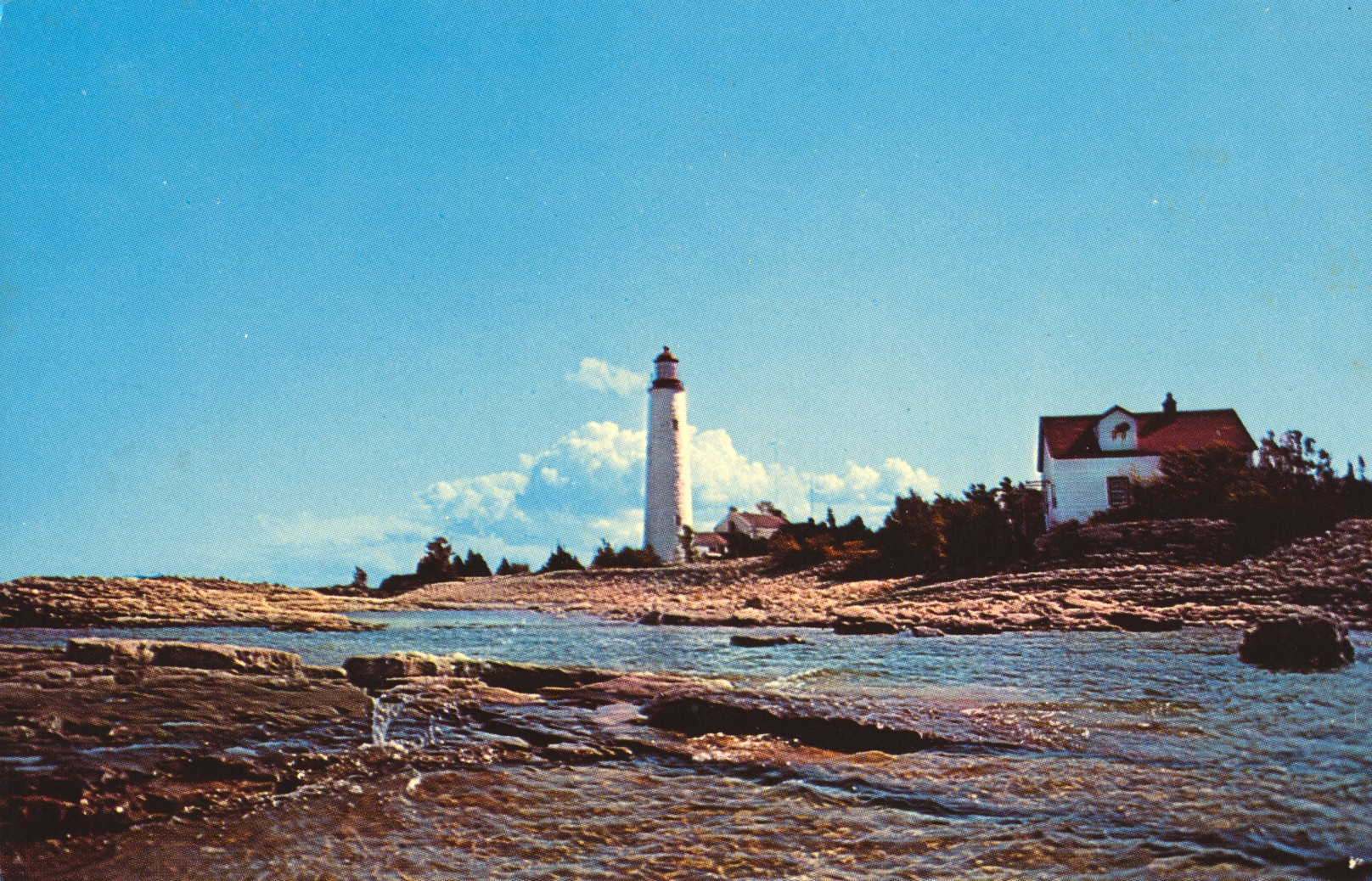 Color Picture by A. A. Gleason, Jr.

–The light has been lit with various fuels, ranging from whale oil at the earliest, though coal oil, kerosene and finally runs on electricity provided by an underwater cable.