This image shows four engines pulling a tourist train across the high trestle over the Montreal River near Sault Sainte Marie, Canada. 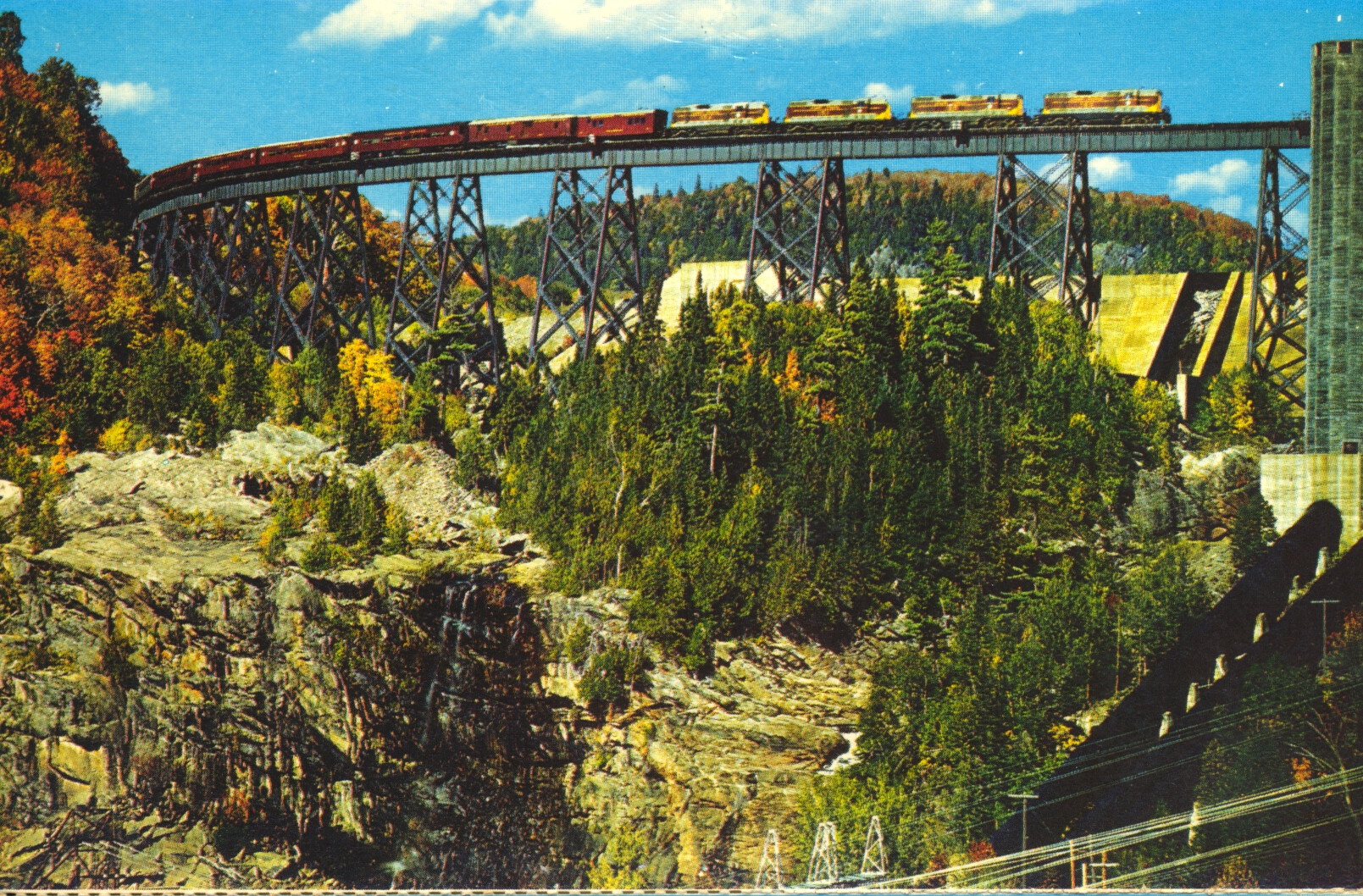 –Such tours through forested areas are common even today, particularly during the Autumn when the trees change color. Also visible in the background is a dam and hydroelectric plant built on the Montreal River. The four engines in use indicate a very long train of passenger coaches.

This image likely dates from the 1960s, when the tourist service started.