This card has images of both the main Administration building, top, and the Science Hall, bottom, which served to train teachers for the public school system in this area of Michigan. 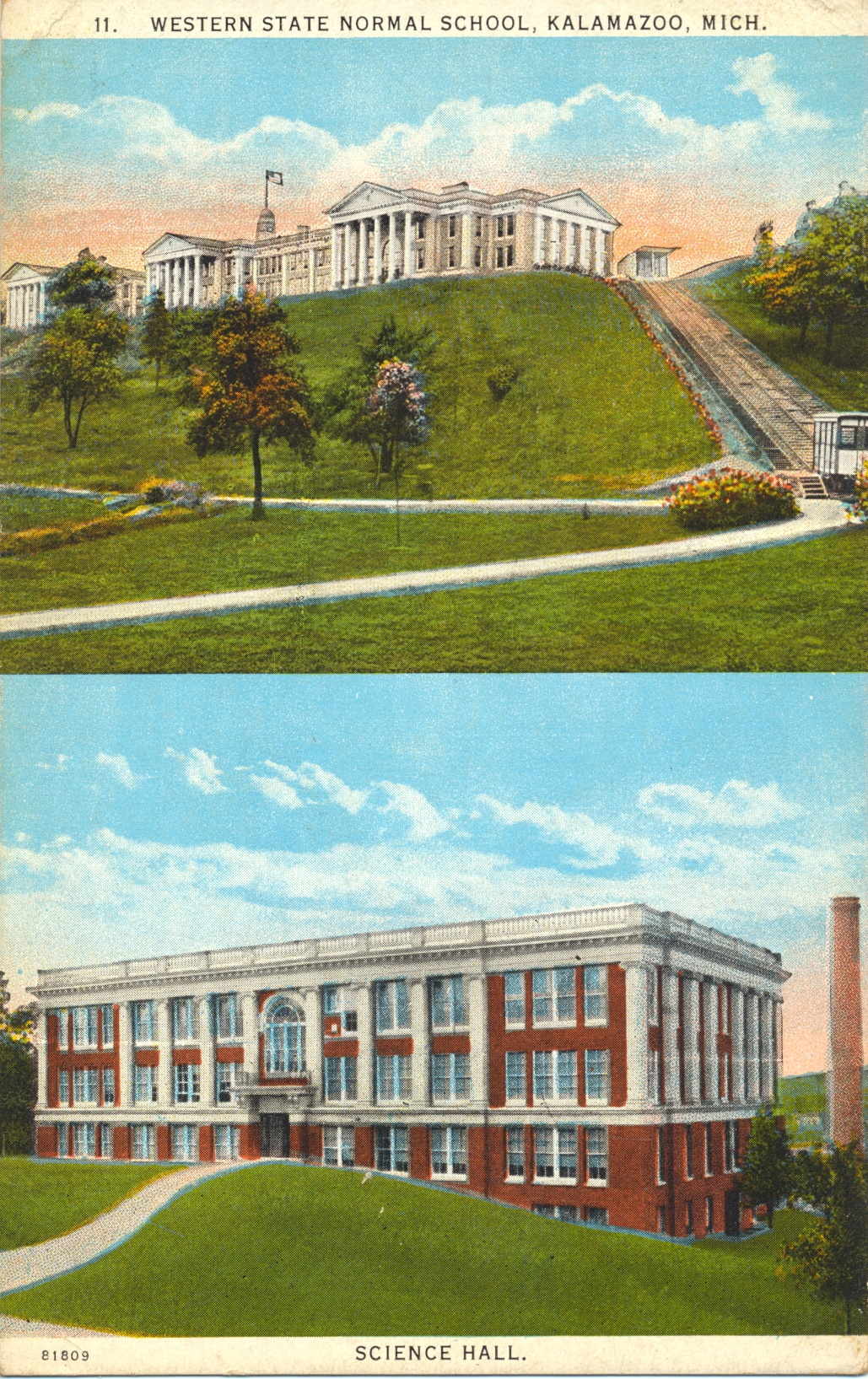 Of particular interest is the object and sloping pathway to the right of the Administration building. This was a funicular railway, and the passenger car is shown at the bottom waiting to take passengers up the steep slope from the lower to the upper campus. The railway was built in 1907 and operated until 1949.

The Administration building was erected in 1905, and the Science Hall in 1915. They are also known as East and West Hall, on the original eastern campus.