This illustration is one of the new series of streamlined locomotives produced by General Motors’ Electromotive Division. This one was a E-7 version, operated by the Pere Marquette during the declining days of passenger rail transport in the United States. 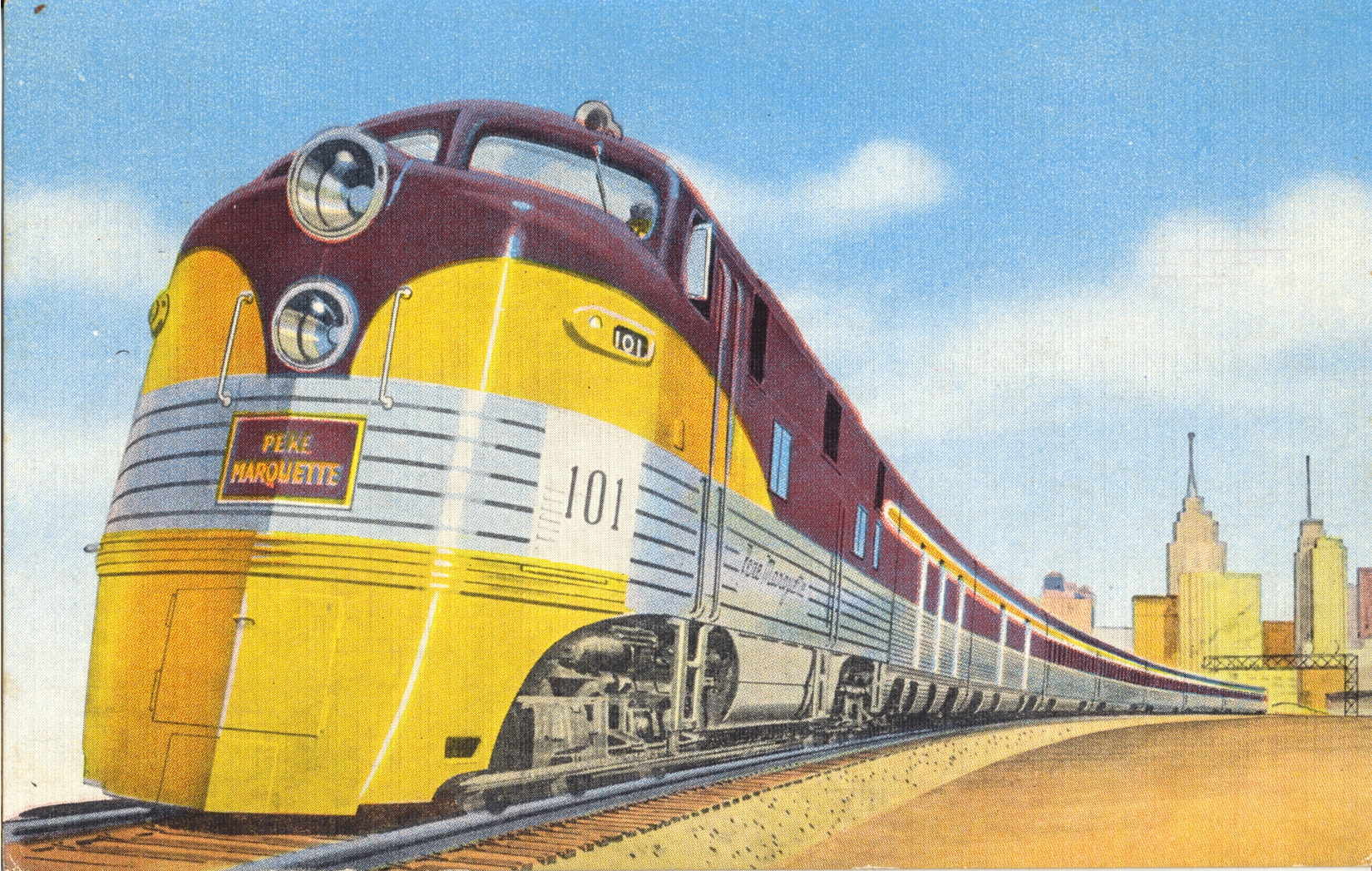 I was personally involved in the restoration of the 1225 during my time at Michigan State University between 1974 and 1977. I acted as MSU Railroad Club Secretary as well as working directly on the locomotive.

This illustration dates from the 1940s.