This colorized image shows a palatial building used as a public hospital in Grand Rapids at the beginning of the 20th century. 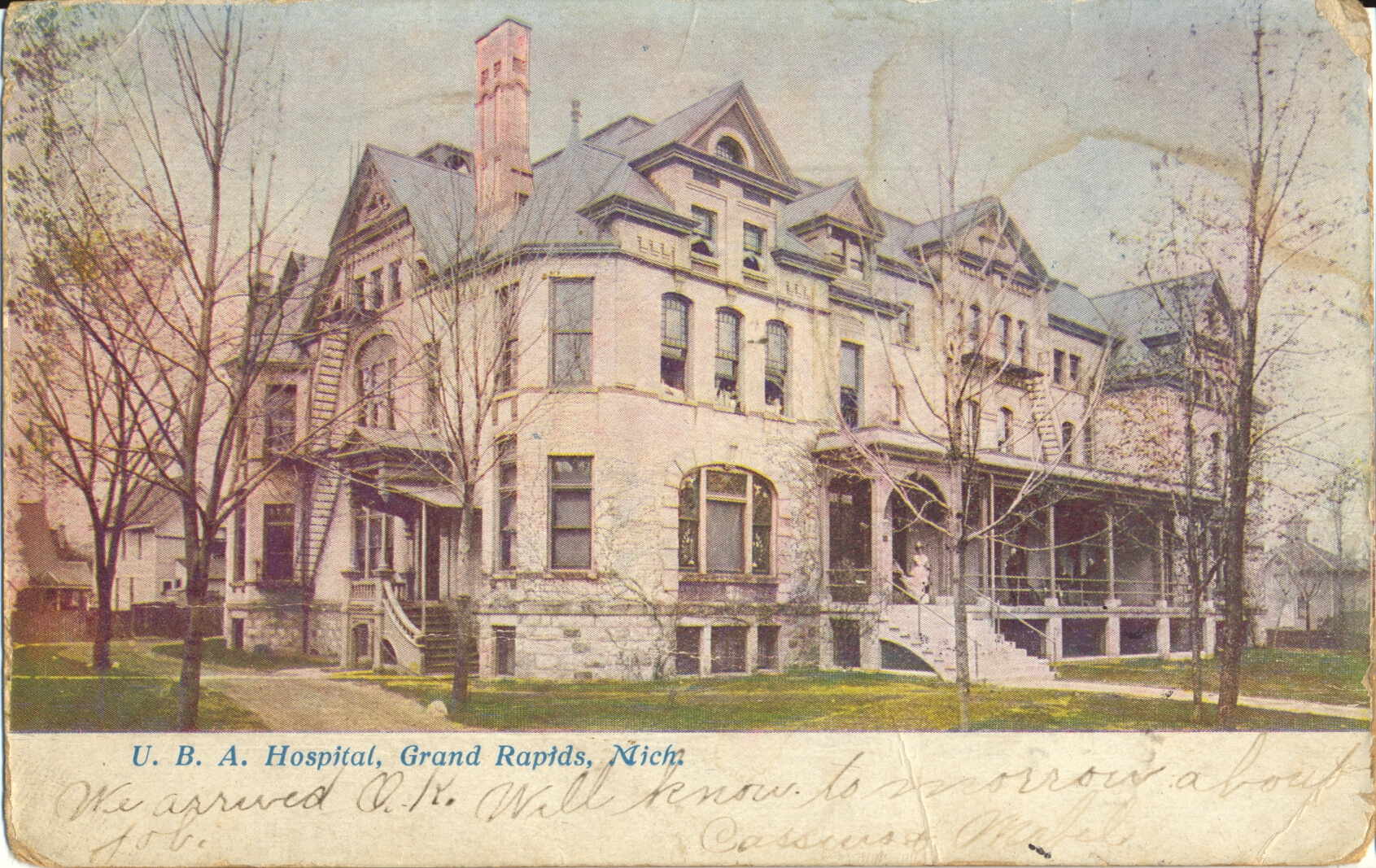 In 1915 this building was replaced with a more purpose-built structure named Blodgett Memorial Hospital, on a nearby location in the city. It was in this new Blodgett Hospital Maternity Ward that my mother was born in 1932.

This postcard was used and is dated 2 January 1907.