As mentioned in an earlier blog post, this is the cabin of the sole survivor of the Indian attack on a white settlement in Iowa, know as the Spirit Lake Massacre of 1857. The woman standing in front of the cabin is a re-enactor, providing interpretation of the event for visitors. 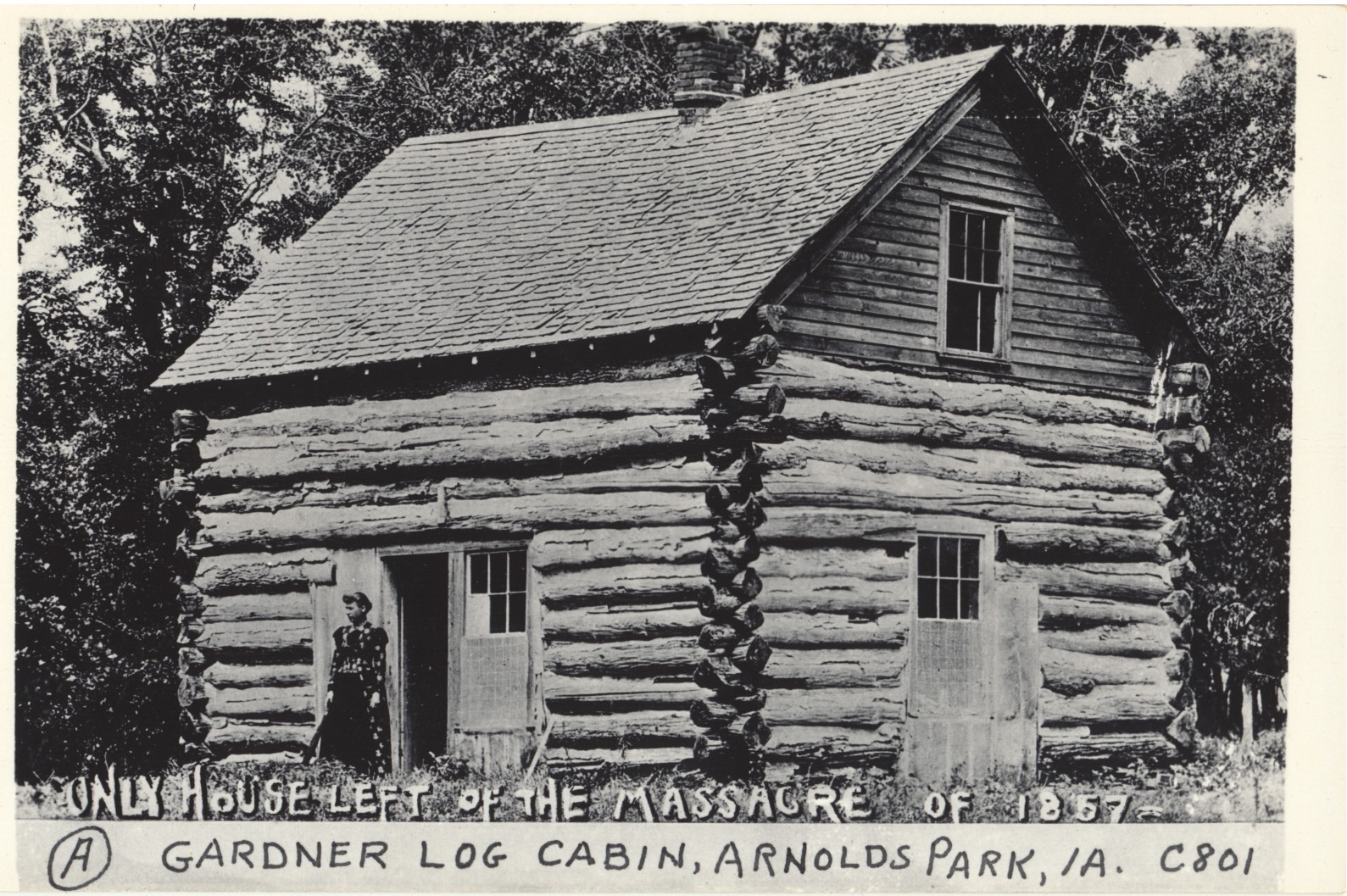 The cabin was extensively modified over the years once the original owner returned and used it as a tourist site. A new door and window were installed on the first floor, and a whole new second floor was added, as seen here.

Once the house was given to the state of Iowa as a historic site, the conservators decided to return it to the original appearance during the time of the massacre. The completed restoration is visible here.

The image likely dates from the 1930s.