This is a view of an external erosion feature, one of many in Maquoketa Caves State Park. The park is made up of heavily eroded geologic features which were formed during and after the last Ice Age, about 12-14000 years ago. 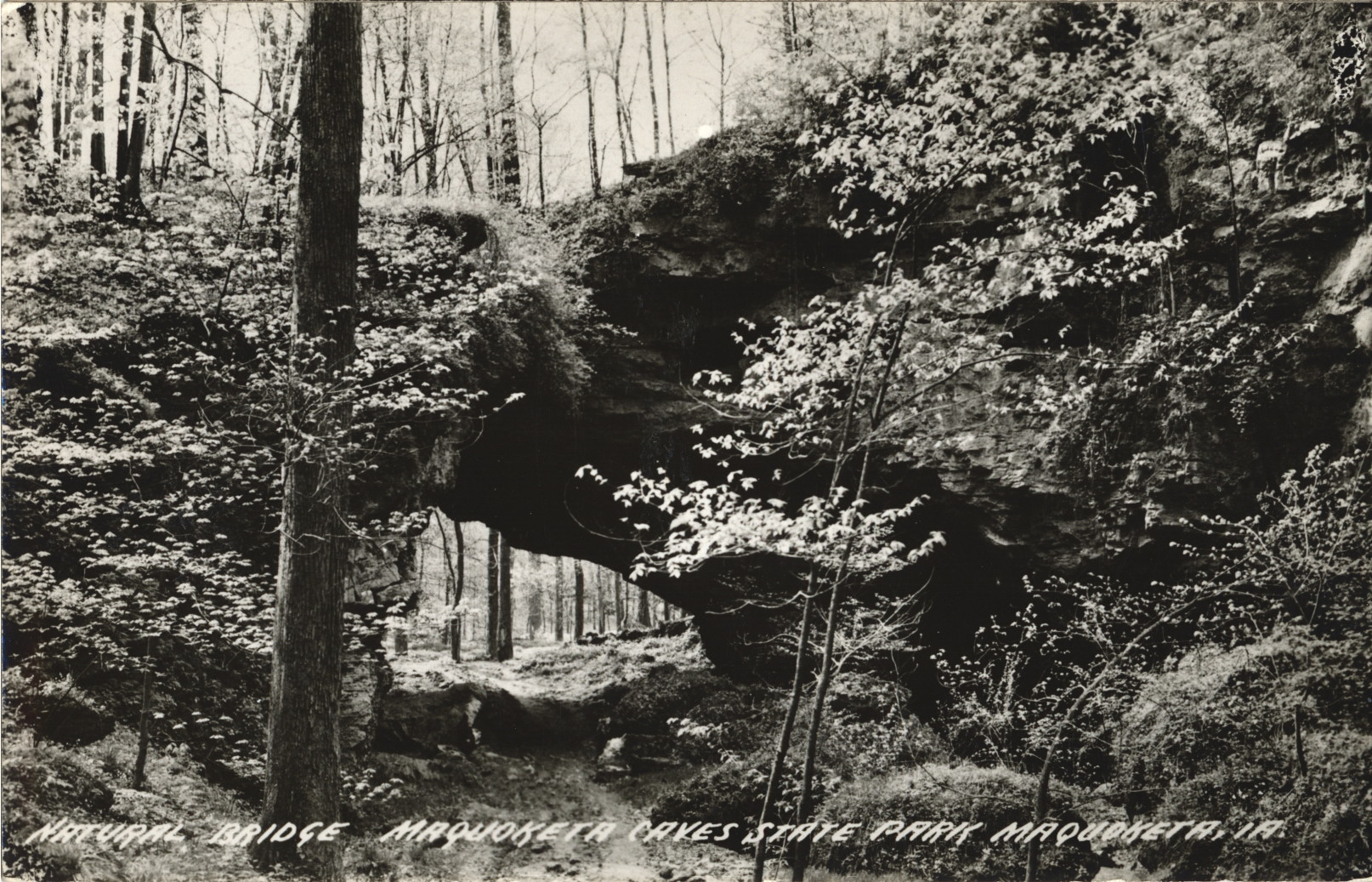 Such natural bridges are found throughout the United States wherever there is extensive erosion still present at the surface, including forests, deserts and even some oceanside bridges, such as the ones in Santa Cruz, California in Natural Bridges State Beach. The image shown in the link shows a collapsed bridge and only the remaining rocks.