This image shows a stone bench on the right, possibly used as a walkway, and on the left a dark rock outcrop that with some imagination can appear as a face. Above it there is a light colored formation which might also be construed as a face, though the characteristics are significantly more vague. 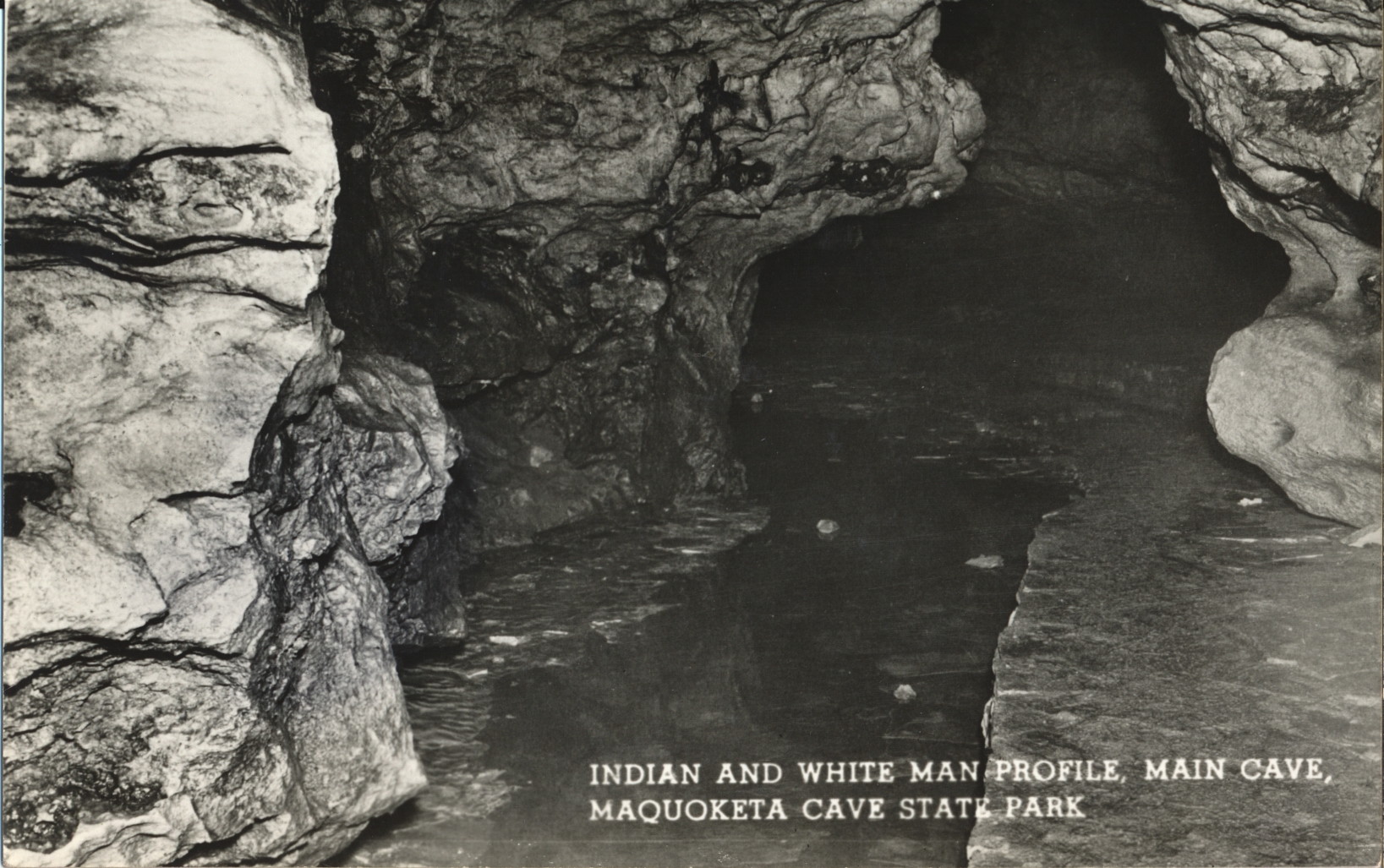 The center of the picture appears to be a watercourse. This main cave passage is much more simple and underdeveloped than other such caves, without the obvious lighting, paths and handrails which were installed to more closely constrain visitor movement and increase safety.