This image follows on the previous one showing the same opening from the inside. The collapsed opening is also evident here, though it is too dark to tell if the water level is the same from this vantage point. 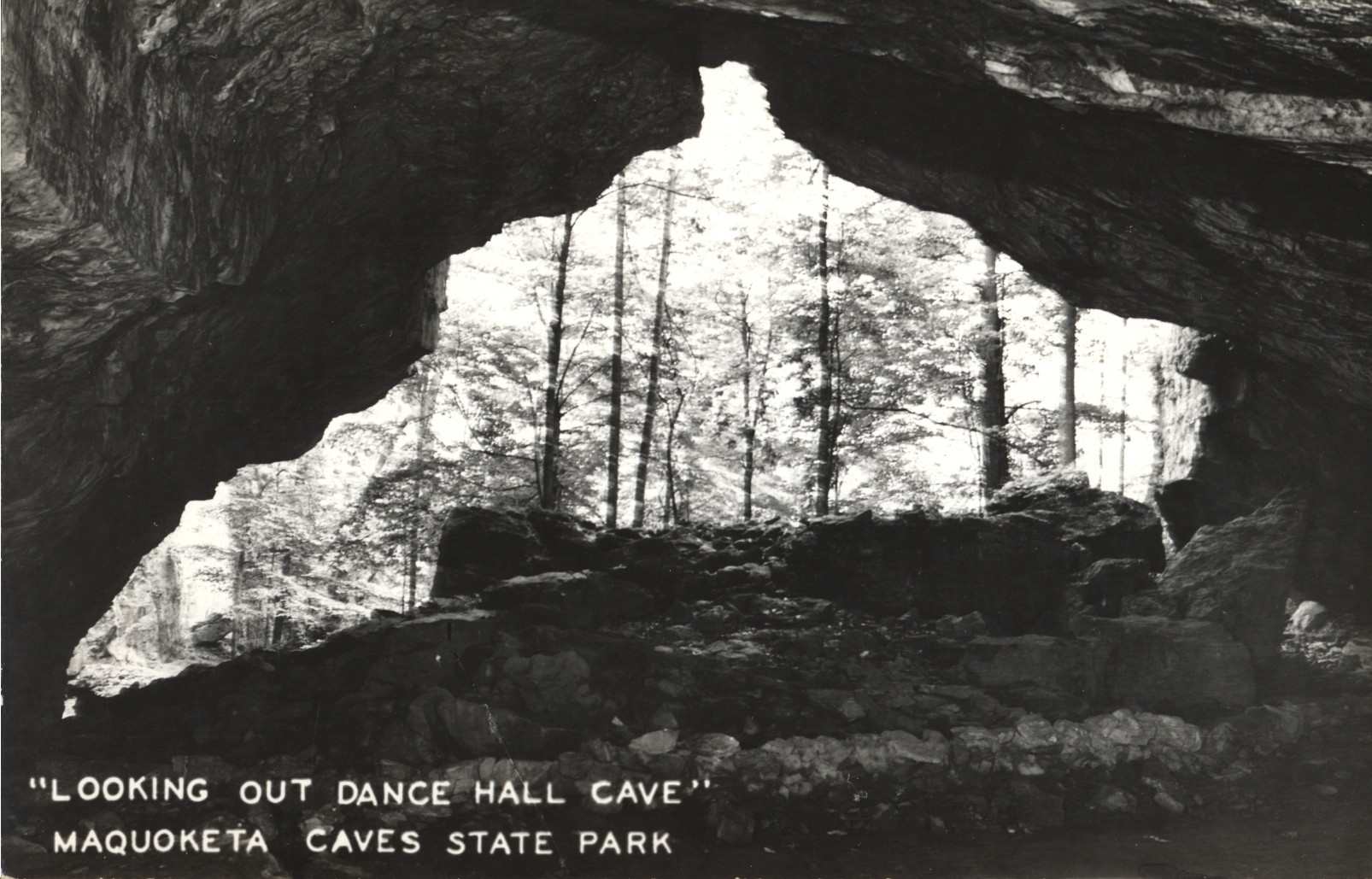 Such natural formations as this were extensively developed as tourist attractions in places throughout the United States where they were found. Many became well known, either because of the stature as high quality cave formations, or through aggressive advertising on the highways and freeways being built.

This picture likely dates from the 1940s.