This image shows a newly constructed roadway bridge which appears to replace an older dirt and gravel route shown in the foreground. 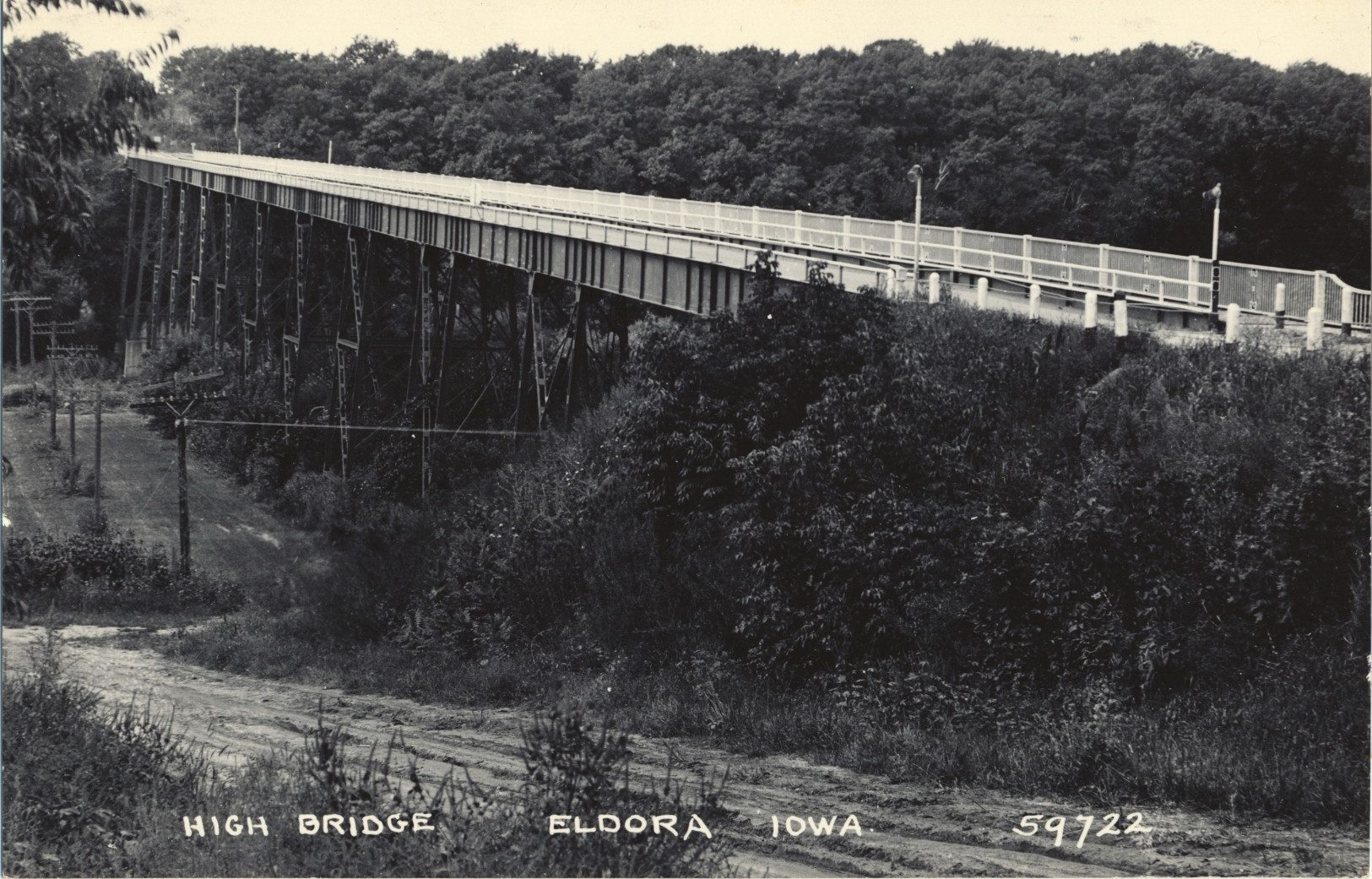 Such construction was a matter of pride and prestige in the 1930’s due to the constraints of the Great Depression in the United States. Such bridges as this allowed much more convenient, safe and speedy travel in rural areas which were still largely served with gravel roads.

This picture likely dates to the 1930s.