This image shows an early incarnation of the trading post built in Gage, New Mexico where it straddles the Continental Divide, a geological boundary which determines if water flows to the Pacific Ocean or the Gulf of Mexico. 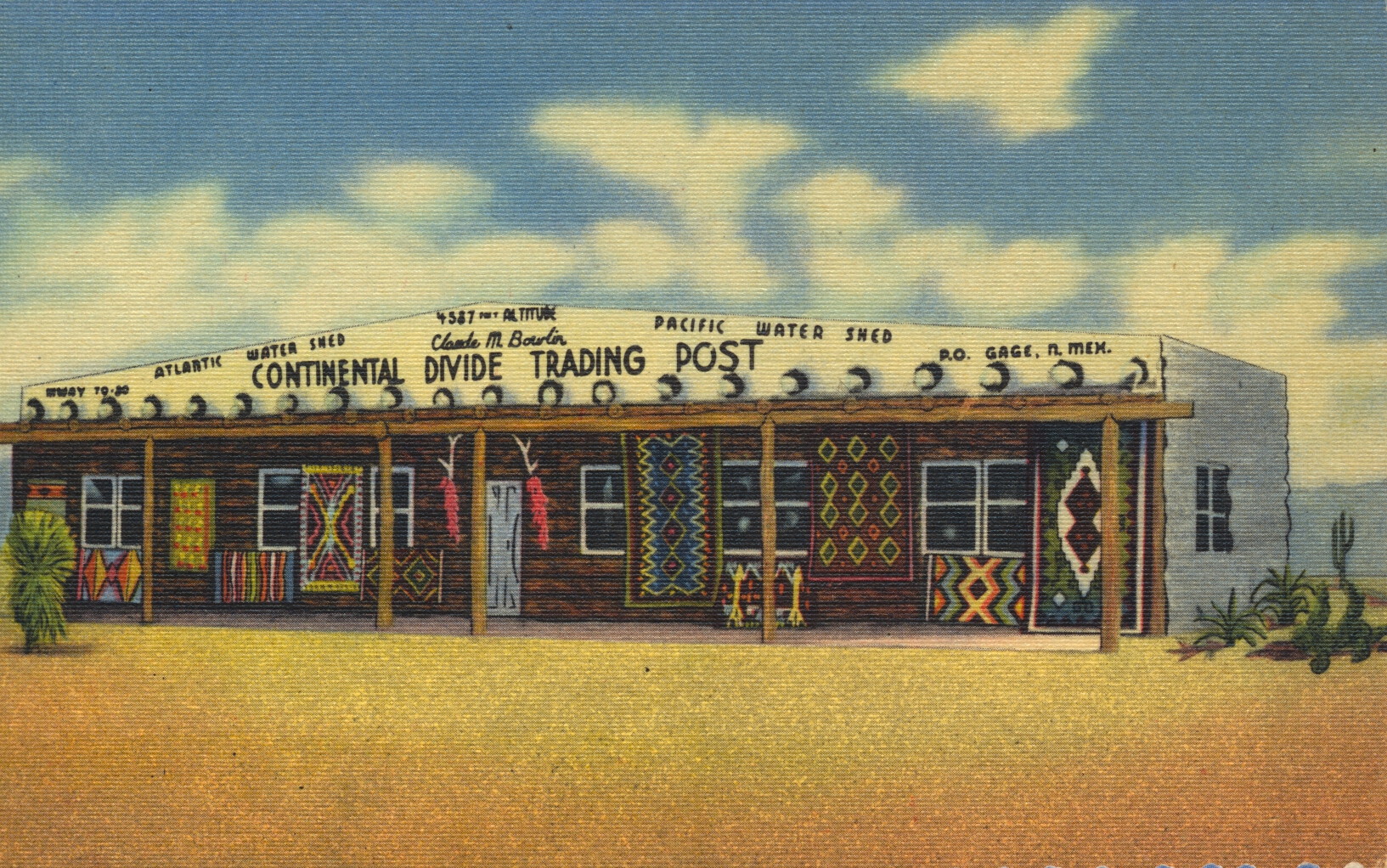 M.W.M Color-Litho “Bursheen” Finished, Made Only by MWM – Aurora, Mo.

Rainfall Divides at this Point. To the West it Drains into the Pacific Ocean – to the East into the Atlantic

–This Divide is a line that passes through the entire Western Hemisphere, marking the direction of water flow in both North and South America. The trading post still exists in a new incarnation and is still owned by Bowlin.