This image shows a portion of the ruins that make up the Coronado State Monument, located a mile west of Bernalillo, New Mexico. It was excavated in the 1930s and opened to the public in 1940. 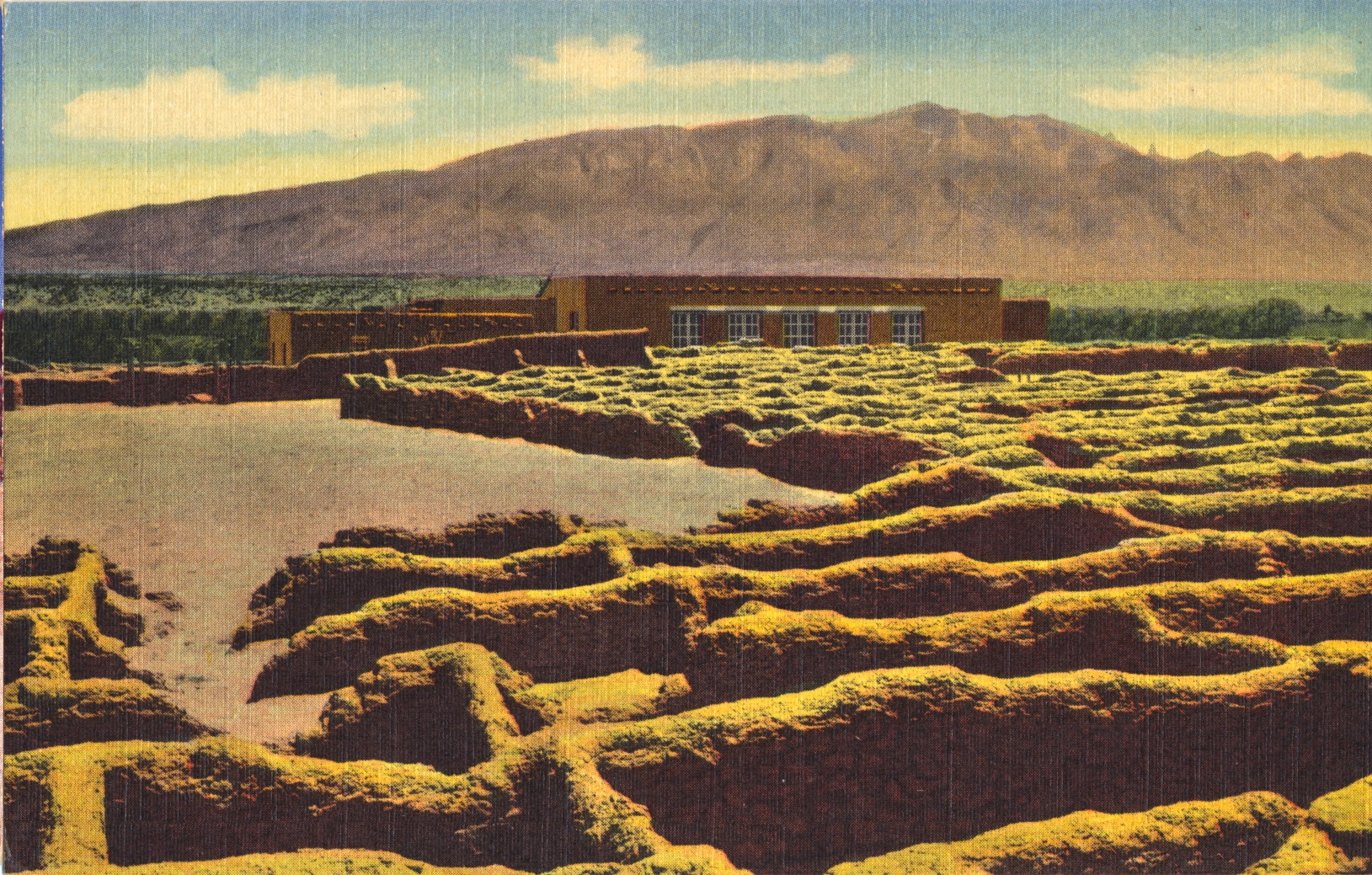 BETWEEN SANTA FE AND ALBUQUERQUE,

These ruins of ancient Kuala Pueblo, on the west bank of the Rio Grande, are said to have been the village chosen by Coronado for his headquarters from 1540 to 1542.

East, beyond the valley tower the Sandia Mts., with the summit 10,000 feet above sea level.

–This is the site of many of the best pre-Columbian murals found in the United States. This postcard dates from the 1940s.