This image shows a woman baking bread using an adobe-covered stone oven. The extension to the side of the oven is likely for storing hot coals for further use. 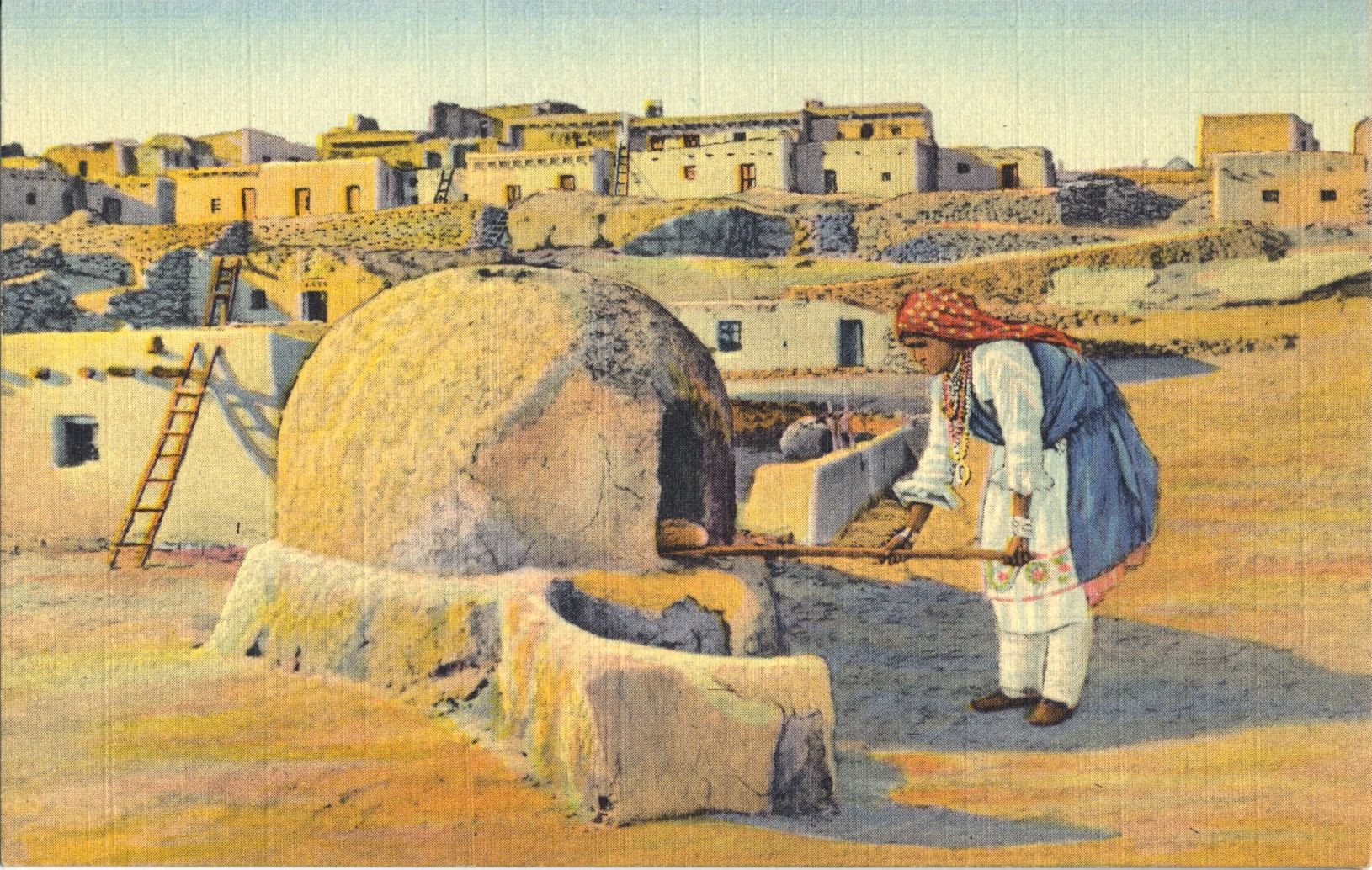 These primitive mud or adobe ovens are still used by the Pueblo Indians. A fire is built within, then when the oven is sufficiently heated the coals are withdrawn and the bread or other food put in to bake.

— Such ovens worked by storing heat within the walls during firing, and then allowing the radiant heat to bake the food after the coals were removed. Also of note are the ladders along many of the buildings. Staircases were rare and most access to higher levels or upper stories was via such ladders.