This image shows several buildings and, in the far background, the church which served the Isleta Pueblo Indians. 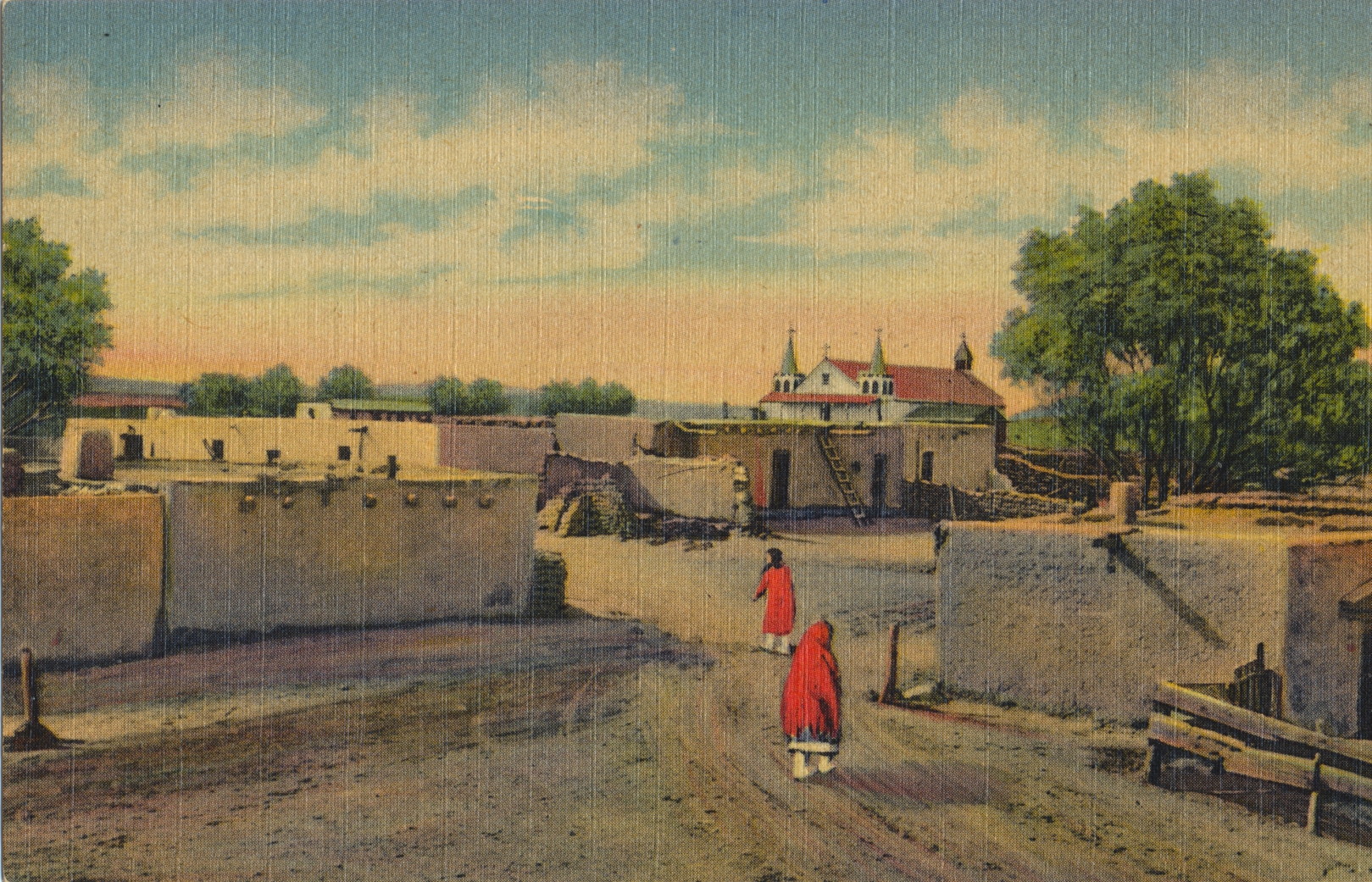 Isleta (Island) is one of the largest Indian Pueblos of the province of ancient Tiguex, mentioned as early as 1541. It is located 13 miles south of Albuquerque on the Rio Grande. The site of the Pueblo is one of the oldest in America, and the fortlike Church dates back to 1605-1617 and is therefore as old as any in the country.

–The church in the background is actually the San Augustin de la Isleta Mission, built in  on the ruins of the 17th century structure in around 1710. The spires on either side of the main facade are the result of a much later remodeling performed in 1923.