This image shows the traditional dress of the Isleta Indians of Isleta Pueblo in New Mexico. Both girls and women wore very similar attire. 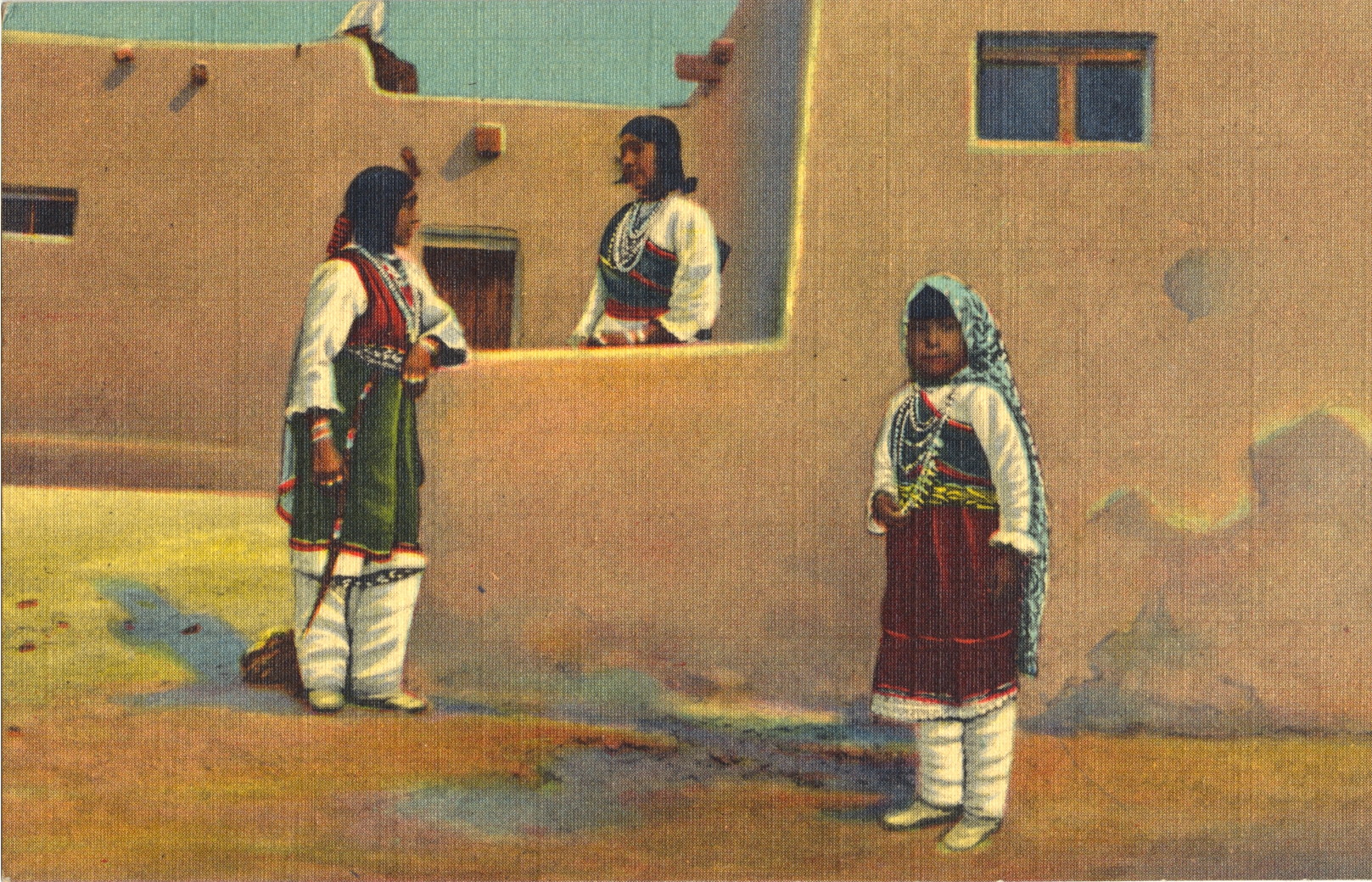 Most of the Isleta Indians still adhere to their customs: –Although the men are gradually giving up their native costume, the women still wear the colored native dresses, which have been worn for hundreds of years. They cover their feet with a moccasin of buckskin which terminates in a long broad strip that is wound about their leg.

–Through treaty rights, these Pueblo communities have established a considerable autonomy in government and law enforcement from the state and federal government. This particular group has also erected a casino on their lands to attract gamblers and tourists.