This image is a closeup of the tour boat “Josephine” and it’s owner/pilot, Captain Herb Droste. He promoted his boat and tour services extensively though postcards such as this. 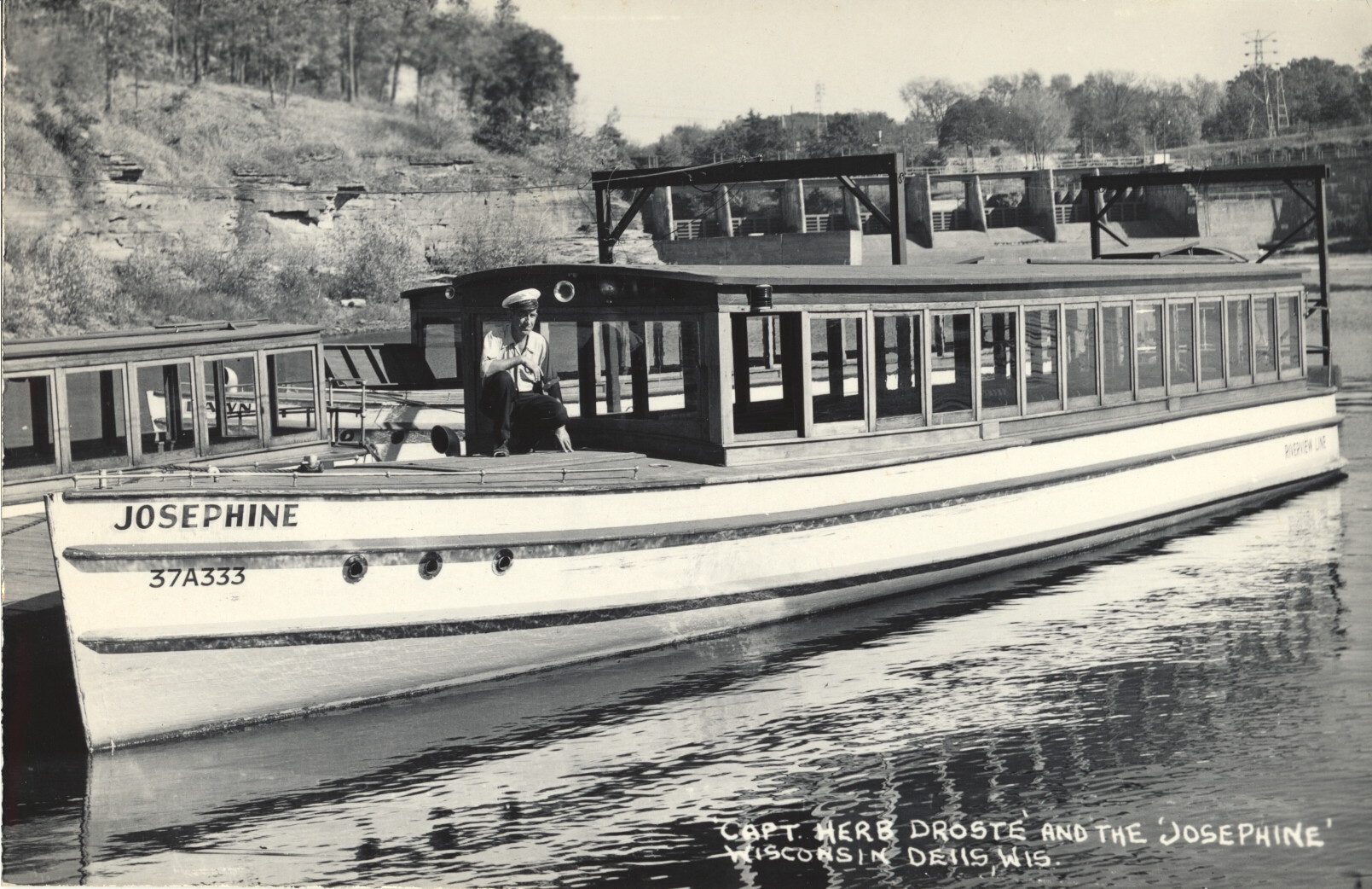 Such cards as the ones shown in the past two weeks were originally photos, which were stamped on the back with postcard markings for stamps, addresses and messages. It was an inexpensive way to take advantage of the postcard craze common among tourists of this era.