This image shows the rock outcrop in the Lower Wisconsin Dells known as Pulpit Rock, with an adjacent formation called Baby Grand Piano. 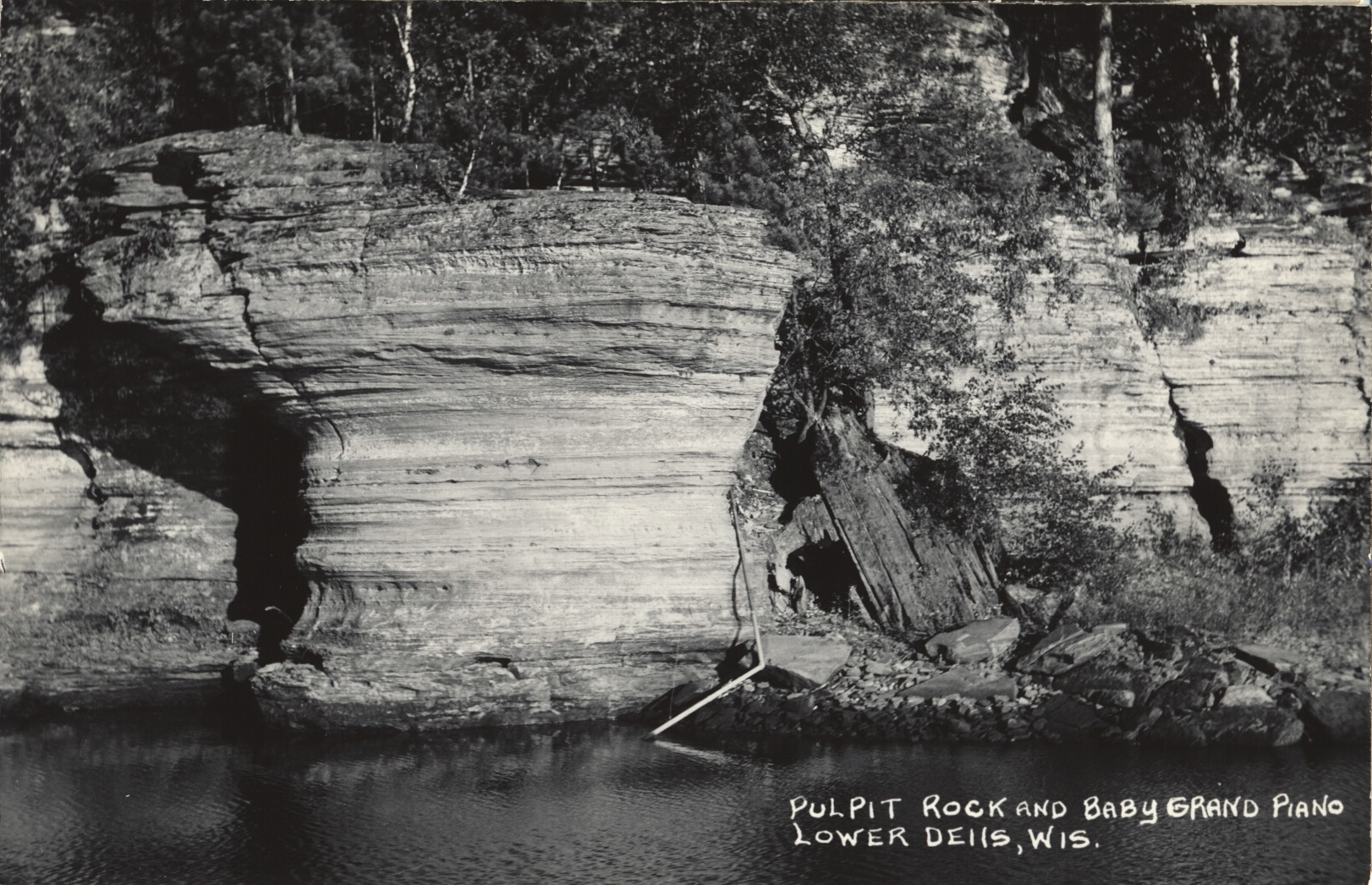 The Pulpit Rock is so-called because it provides a convenient platform for people to stand on and overlook the lake. It is large enough to hold a half-dozen people at the same time. To the lower right, and leaning at an angle, is a darker formation which looks generally like a piano lying at an angle against one side, with the leg resting against Pulpit Rock.