This image shows the front entrance to the San Diego Natural History Museum, located in Balboa Park in the middle of the city. 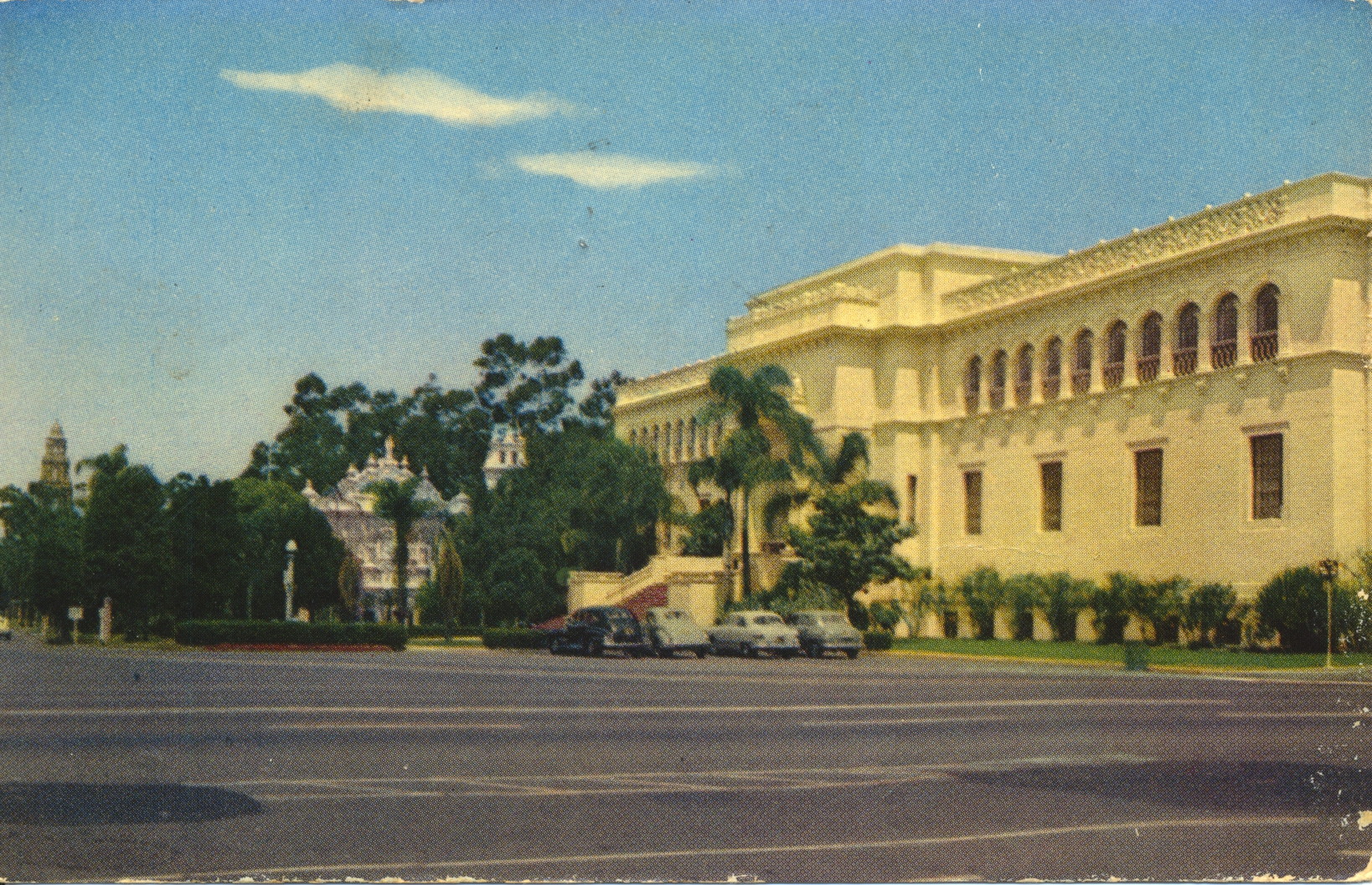 Balboa Park has been the scene of two international expositions and is the cultural and recreational center of the city. The great halls of the Natural History Museum house displays of the flora and fauna of the San Diego region.

—The museum has expanded to more than double the original floorspace, although this is not obvious from photos because half of the building was left as a facade for decades after it opened. Its increased size has allowed the museum to host traveling exhibits like the Dead Sea Scrolls.