This postcard is an artwork with poetry and commentary illustrating some of the clichés of the desert as they were understood in the mid-20th Century. 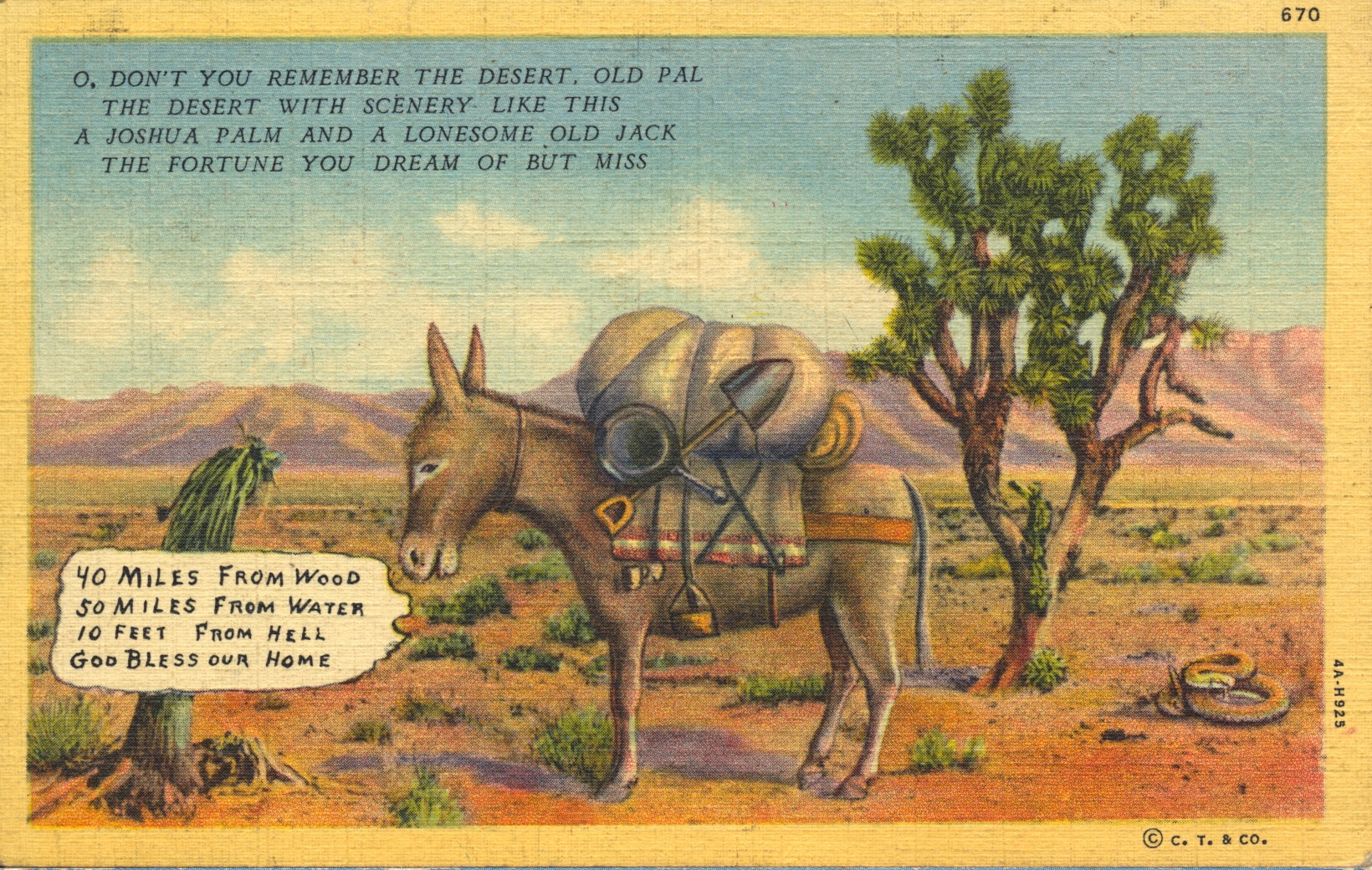 There is no description on the back of this card. There is handwriting there, and it appears to list the titles of several popular songs of the time, the most obvious being “I Found a Million Dollar Baby”, which was published in 1931 and first performed by Fanny Bryce, then recorded by many others, including Bing Crosby, also in 1931. This indicates the card likely dates from the 1930s.