This image shows the so-called Harvey House in Needles, California. In fact, it was named the El Garces Hotel, and was also a restaurant and train depot for the Santa Fe railroad. It was built in 1908. 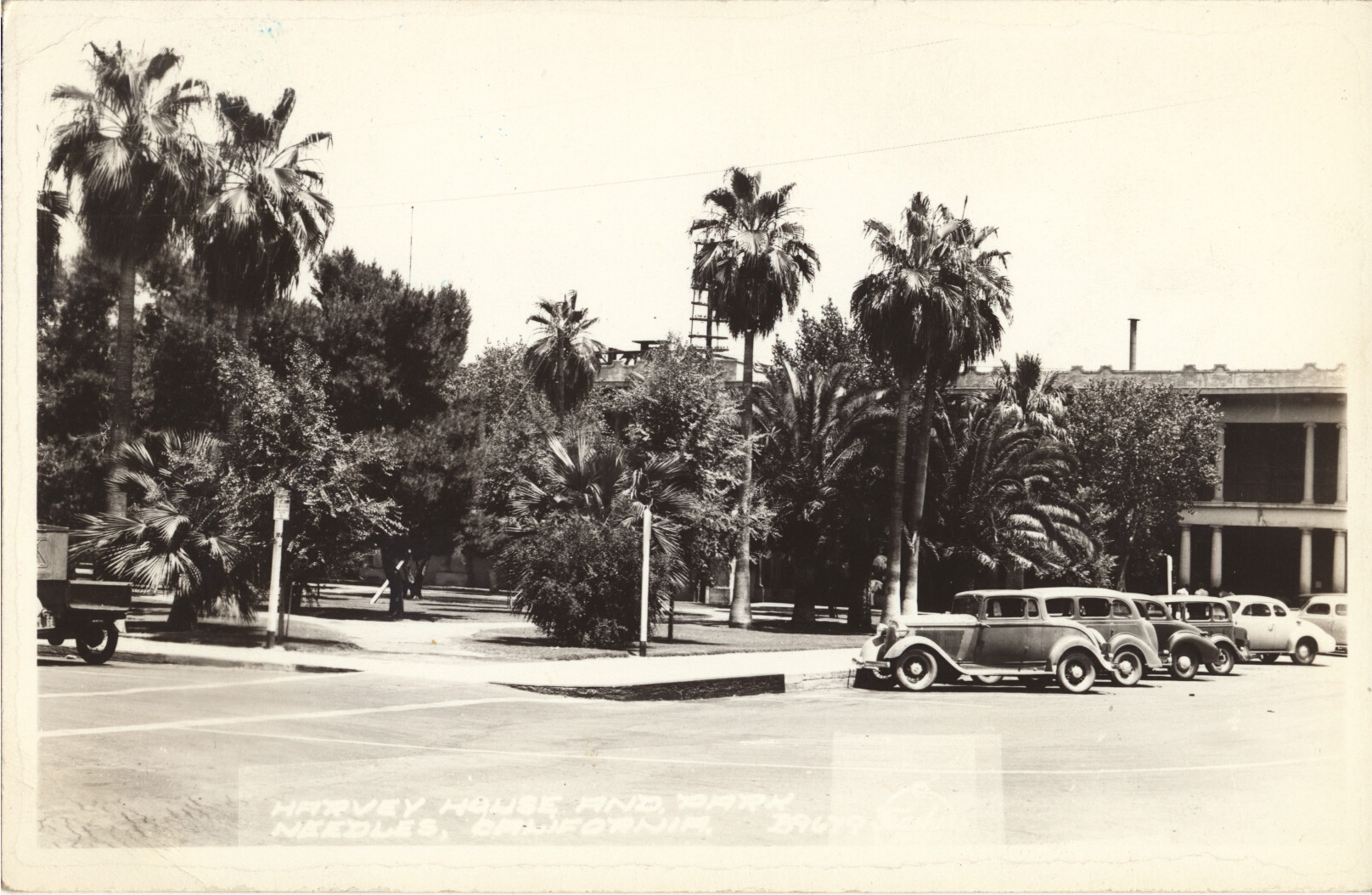 The building still stands, though the train depot is long closed it still functions as a transit center for the city of Needles. The automobiles shown indicate this image is from the 1940s.