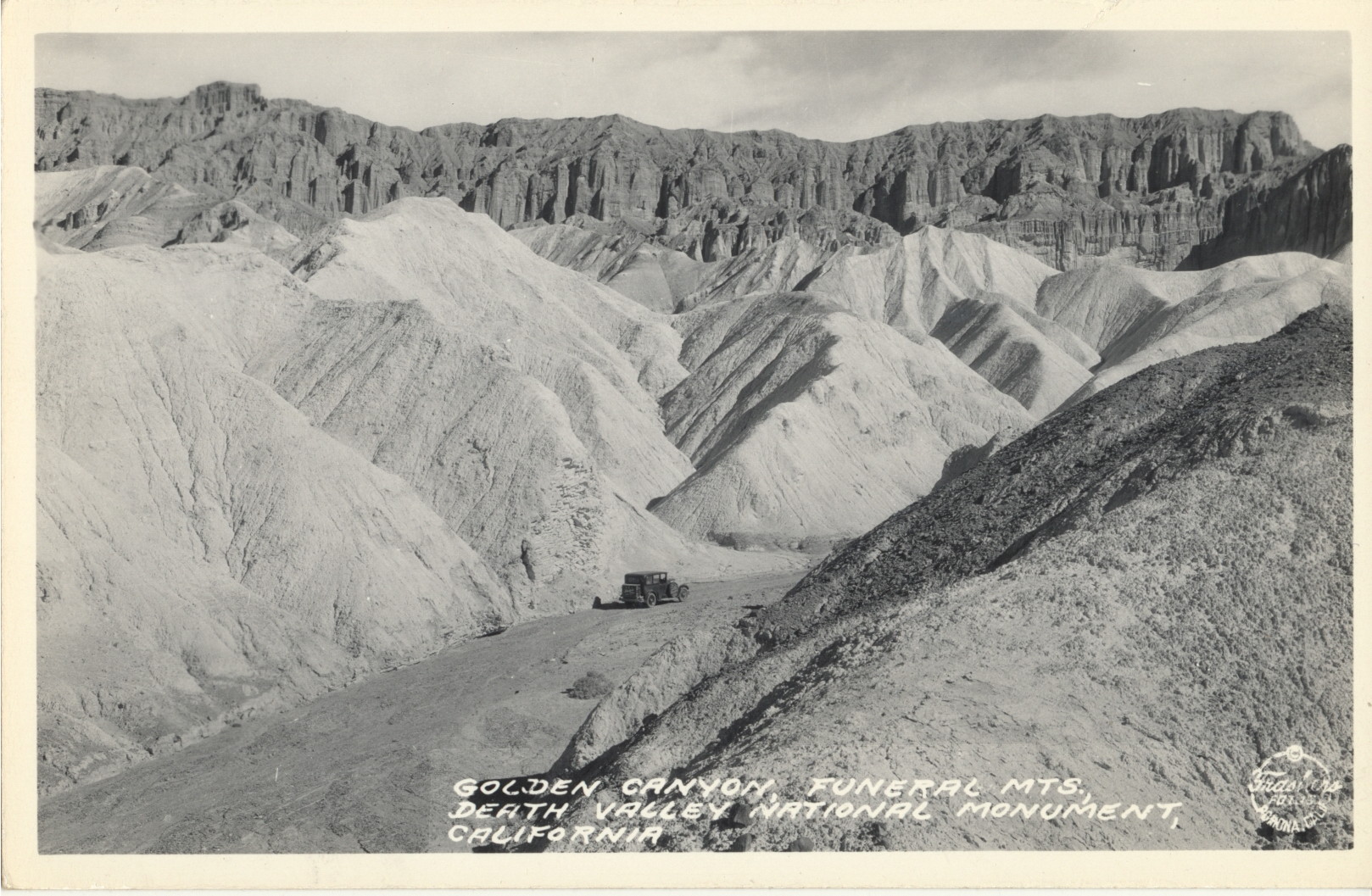 There is no description on the back of the card. The Death Valley National Park is not a true valley. Instead, it is a graben, or a block of land that has been lowered by tectonic activity between two other rising blocks. It became famous for it’s borax mines which provided soap and laundry powder to the U.S. consumer in the middle of the 20th century.

The lonely automobile shown in the image indicates the card likely dates from the 1930s.