This image shows the large memorial erected to the Donner Party, a group of emigrants from Illinois who were trapped by snow and forced into cannibalism to survive. 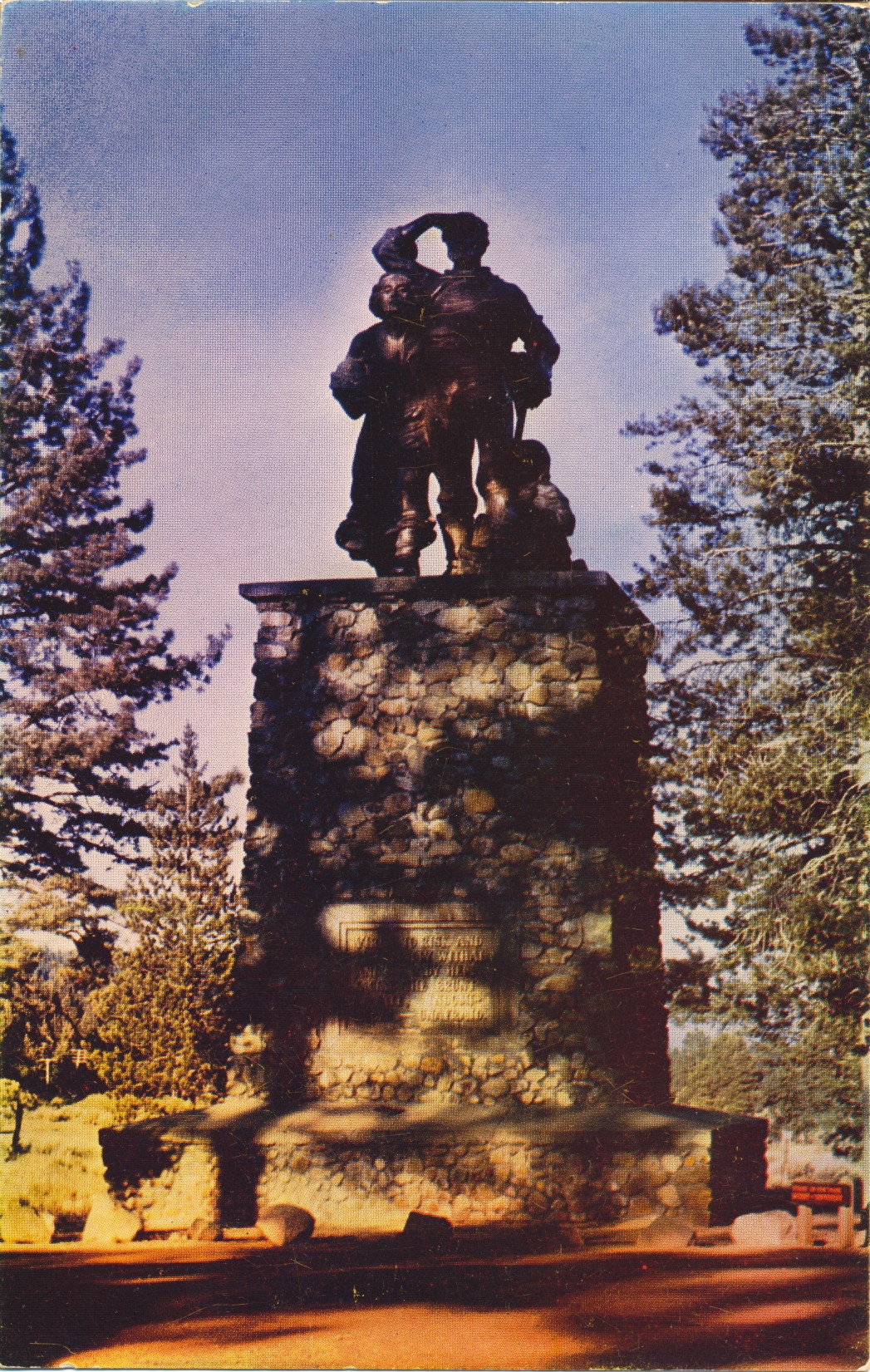 Near the eastern end of Donner Lake, this monument marks the location where the Donner Party was snowbound during the winter of 1846-47. Of the 81 persons in the party, few survived that terrible winter.

–More recent research has determined that there were 87 people in the party, and 48 survived.