This image shows Donner Lake from high above the lake level. The picture is likely taken from the popular photo spot known as McGlashan Point. 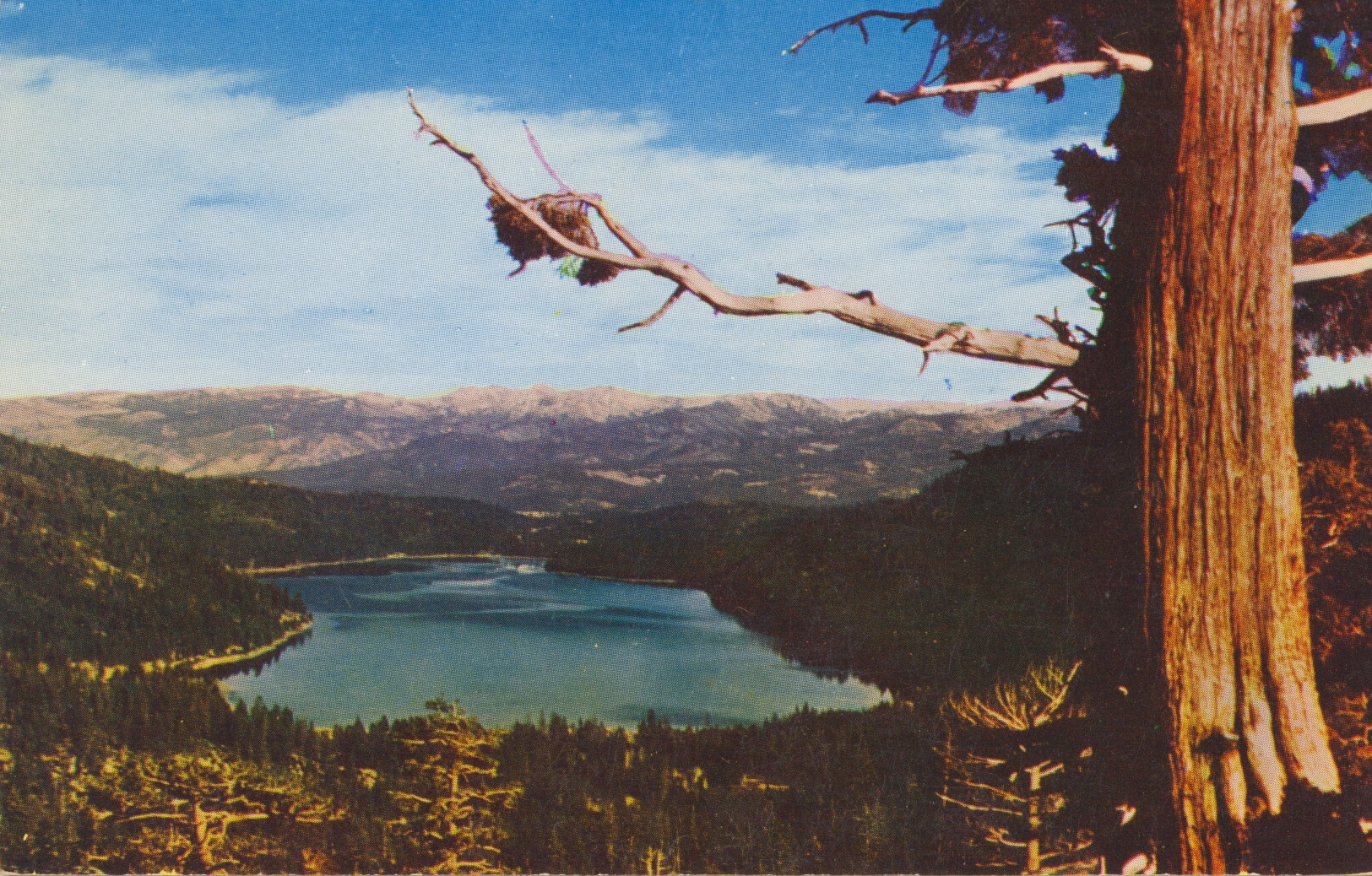 Located in California near the Nevada line, the serene beauty of Donner Lake makes it hard to realize that men once suffered here. The Donner party left Springfield, Illinois, in April, 1846, and were hemmed in at the lake by early snows. The sculptured figures of a man, woman, and child memorialize the Donner tragedy.

–The lake is not far from the much larger Lake Tahoe, on the eastern side of the Sierra Nevada.