This dramatic image shows the firefall event captured at its height during the dusk hours in Yosemite National Park. 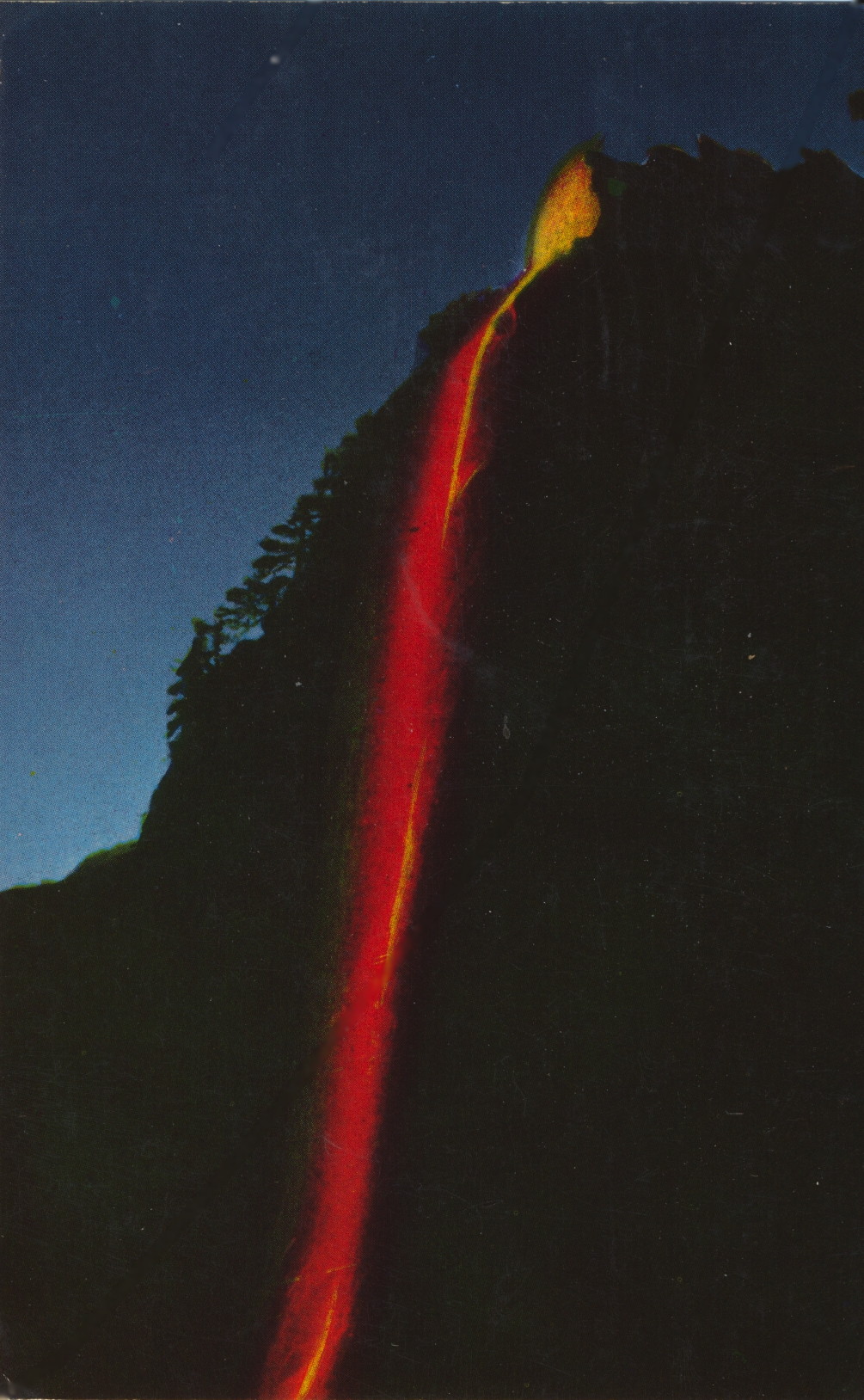 Each night during the summer season, for the pleasure of their guests and all visitors to Yosemite, the management of Camp Curry has established a gorgeous spectacular custom. A huge bonfire is built on Glacier Point 3,200 feet directly above the Camp. At the conclusion of the nightly camp fire entertainment, the burning embers are pushed from the Point above, and this cataract of fire falls nearly 900 feet in a tinkling golden cascade to a barren rocky ledge below.

–The fire fall was conducted for almost a century before being discontinued at the insistence of the National Park Service in 1968. The Glacier Point Hotel, built near the site of the bonfire, was burnt to the ground a year later.