This image is a late life portrait of General Andrew Jackson’s wife, Rachel Robards Jackson, who was born Rachel Donelson and married Captain Lewis Robards, only to divorce and marry Andrew Jackson. 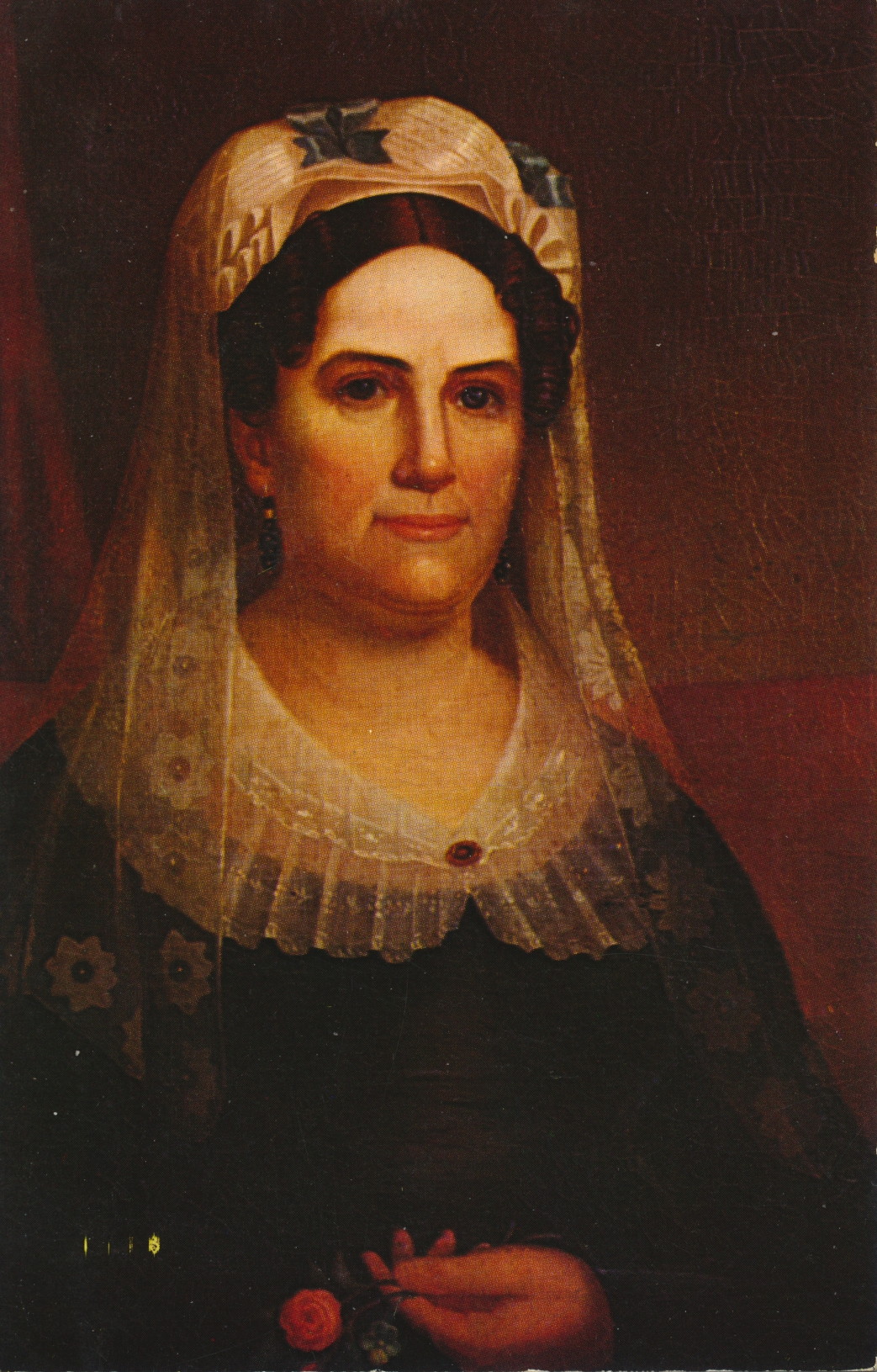 –She married Jackson at the age of 27 and lived with him 34 years, until her death of an apparent heart attack at the age of 61. This occurred shortly after Jackson’s first election to the Presidency, and he never recovered from the loss.