This image shows General Andrew Jackson riding his horse Sam Patch, named for a widely famous daredevil of the era. 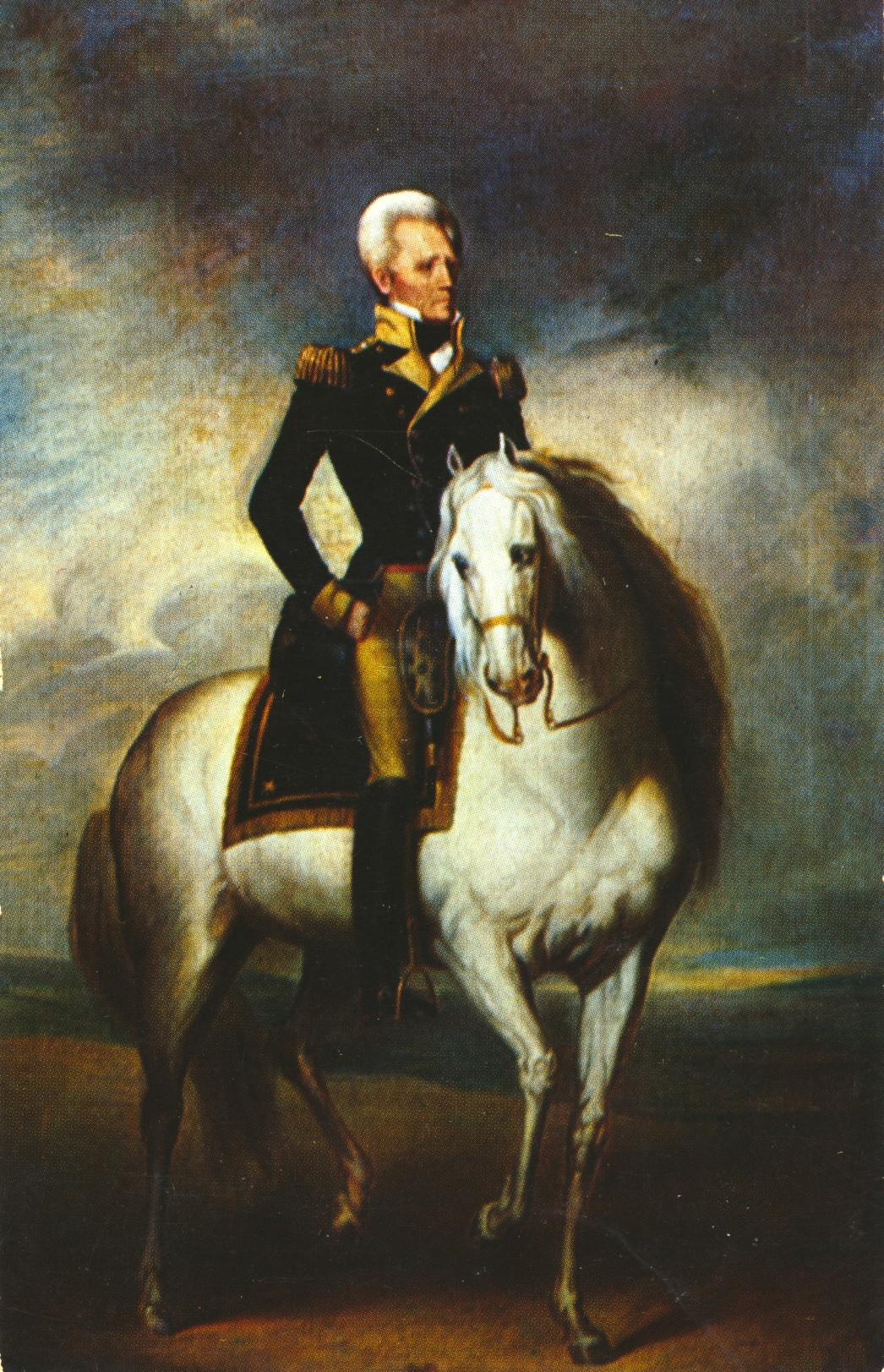 Portrait of Andrew Jackson on Sam Patch, white horse presented to him by the citizens of Pennsylvania in 1833. Portrait by Earl. THE HERMITAGE, home of General Andrew Jackson, Seventh President of the United States, Nashville, Tennessee.

–The real Sam Patch died in a 125 foot jump over the Genesee River in November of 1929.