This is an image of the carriage used by Jackson while President of the United States, both for ceremonial purposes and for travel. 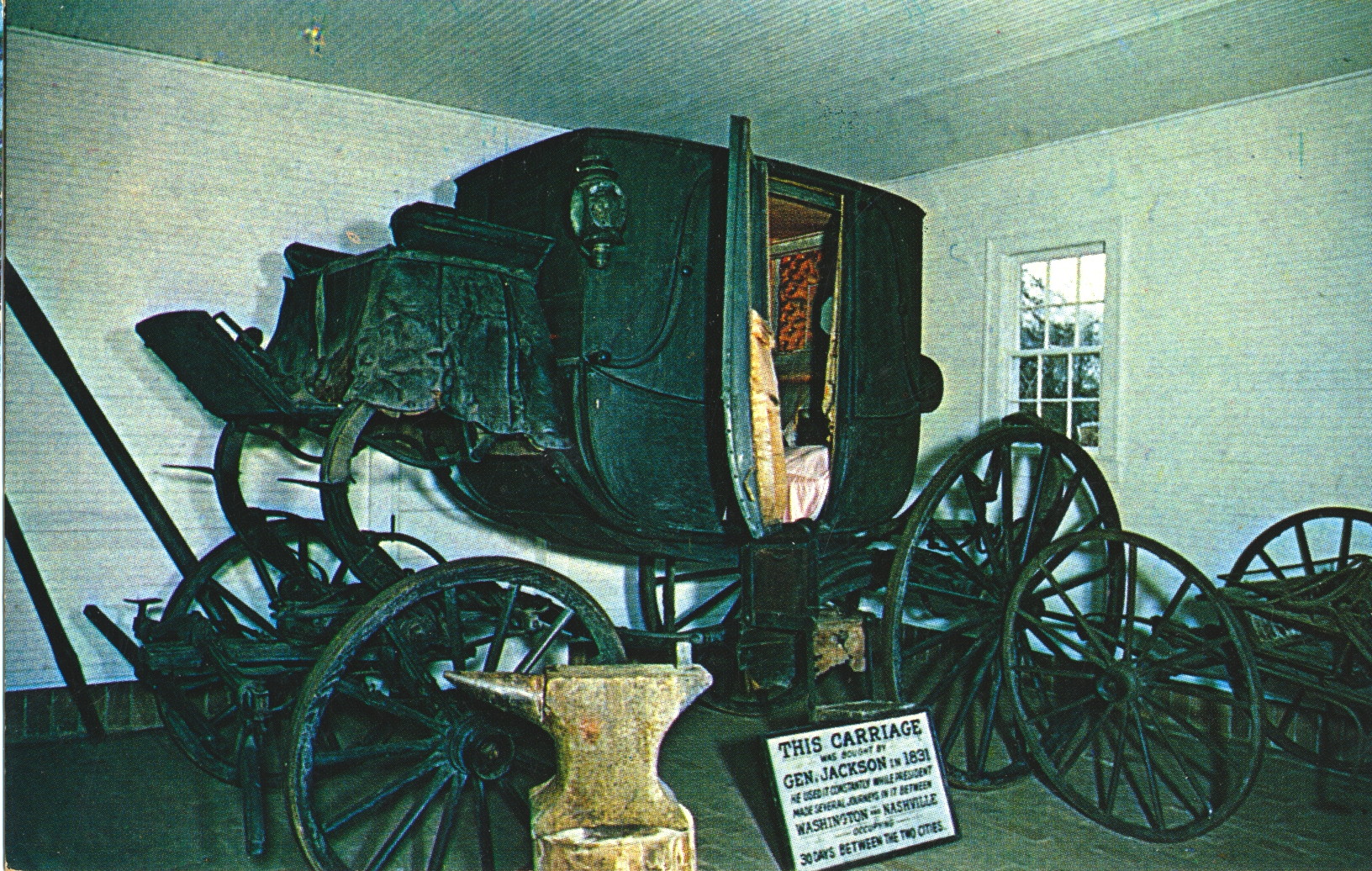 General Jackson’s Carriage at THE HERMITAGE, Home of General Andrew Jackson, Seventh President of the United States. This coach, bought by General Jackson in 1831, was used by him at the White House for state, ceremonial and social purposes and for several trips to the Hermitage. This trip took 30 days time. Located at Hermitage, Tennessee, near Nashville.

–It is indicative of the still primitive nature of national development that an overland journey to mid-Tennessee from Washington D.C. would require an entire month. However, within a couple of decades the development of train travel would reduce such travel times significantly.