This log building on the left in the image is the original residence at the Hermitage, used by Jackson only until the more elaborate mansion was created. Once vacated by the Jacksons it was converted into slave quarters. 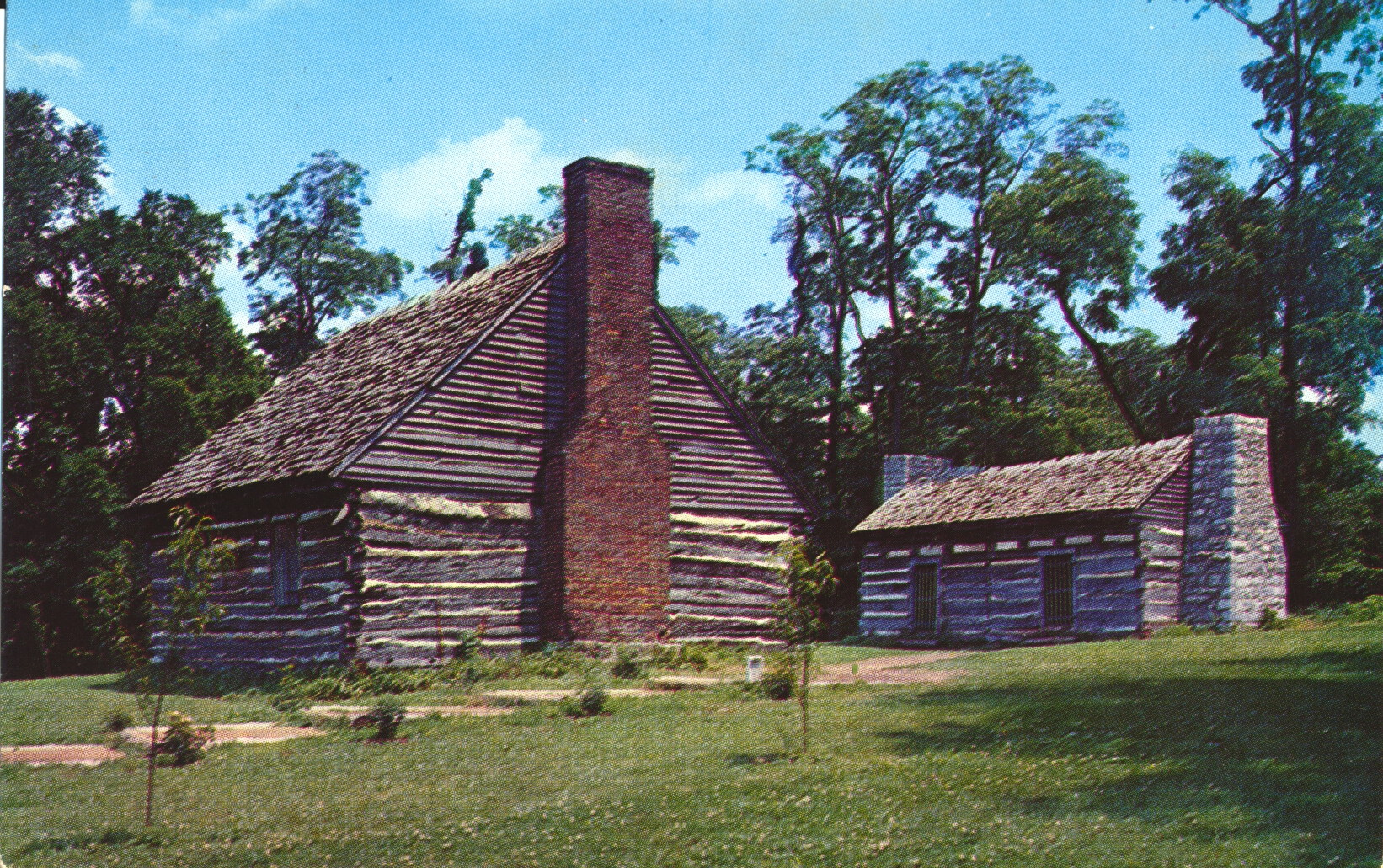 House on the left is remains of two-story building which was the center of a group of log houses comprising the original Hermitage, home of General Jackson, Seventh President of the United States.

–The building was built as a two-story structure but was reduced in size when converted for Jackson’s slaves. There are other buildings nearby which are under reconstruction and renovation.