This image shows the gazebo which protects the funerary monument dedicated to Andrew Jackson and his wife, both buried here. 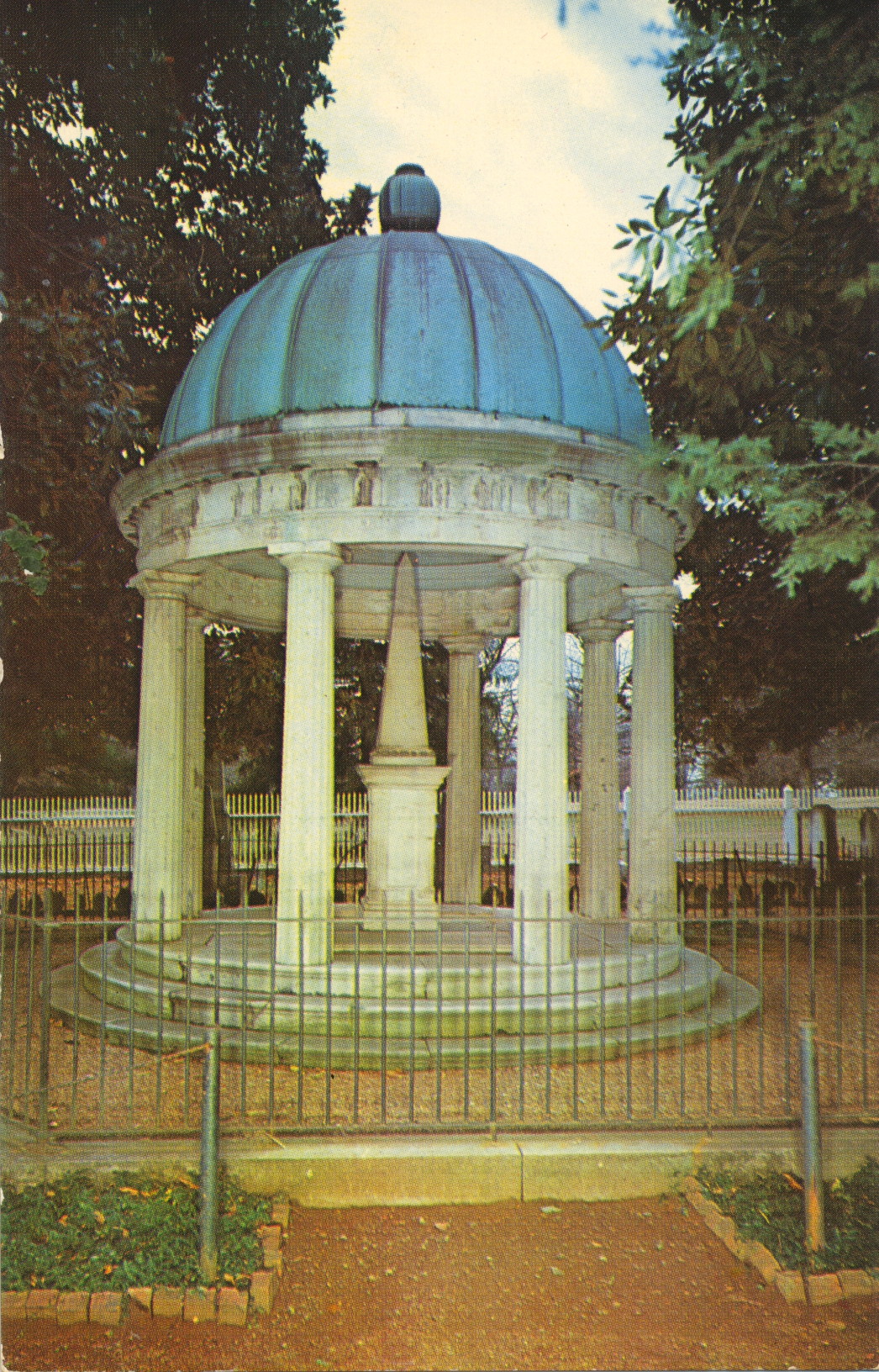 The tomb of THE HERMITAGE, Home of General Andrew Jackson, Seventh President of the United States. Built by General Jackson at the time of his wife’s death. Nashville, Tennessee.

–In addition to the couple buried here, there are additional family graves nearby. A couple of the headstones are barely visible in the right background. This card likely dates from the 1950s.