This image shows the bed and associated furnishings for the General’s bedroom as it would have appeared during his lifetime. 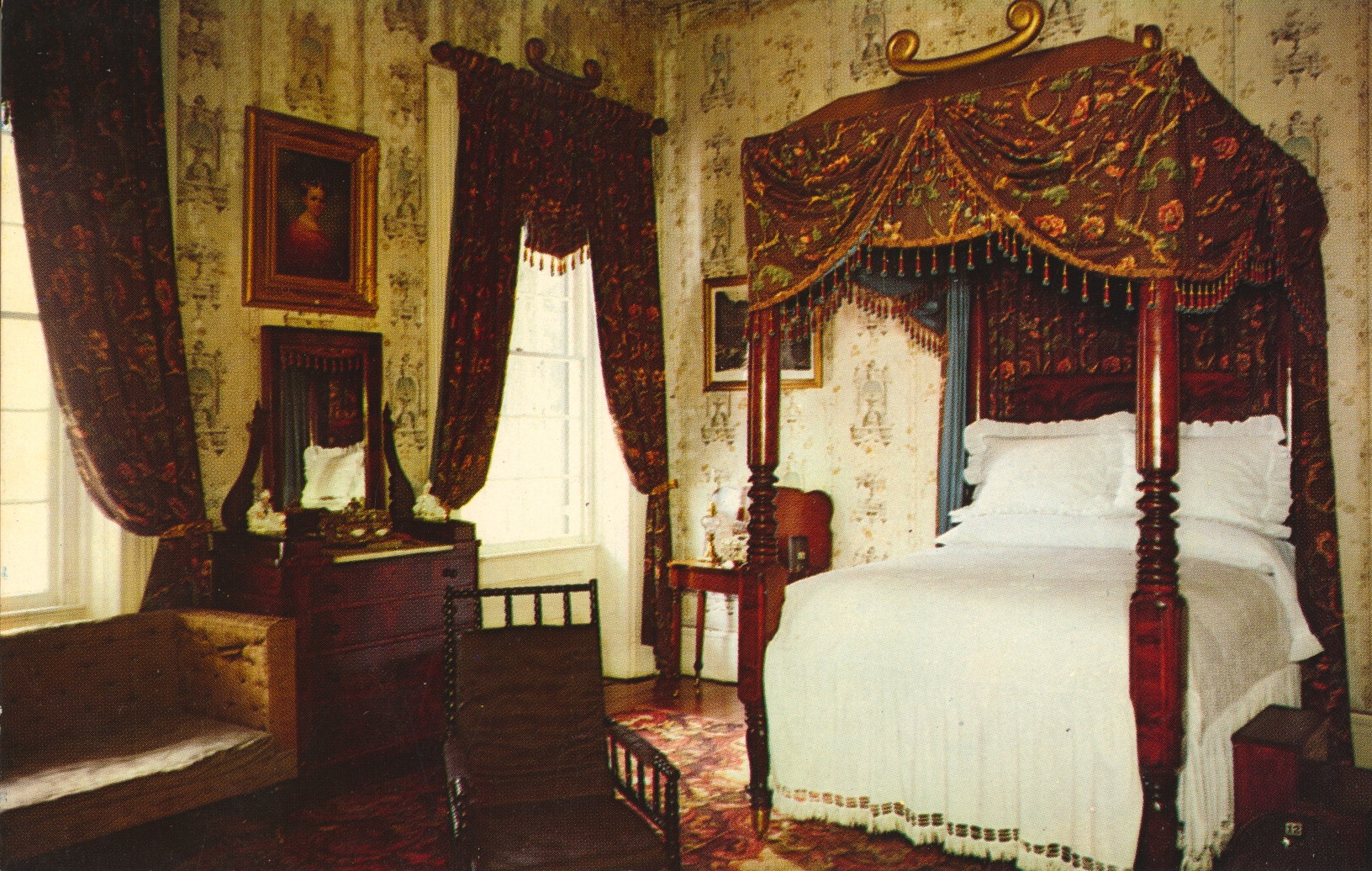 Bedroom of General Andrew Jackson in

–The beds of this time were often high off the ground, and evidence of this is the step adjacent to the bed at the right of the photo. It was typical to build a cabinet below the bed for storage of bed linens, or to have a second bed roll out from one side to accommodate additional sleeper.