This image shows the parlors of Andrew Jackson’s home, the Hermitage, as they would have appeared during his life. 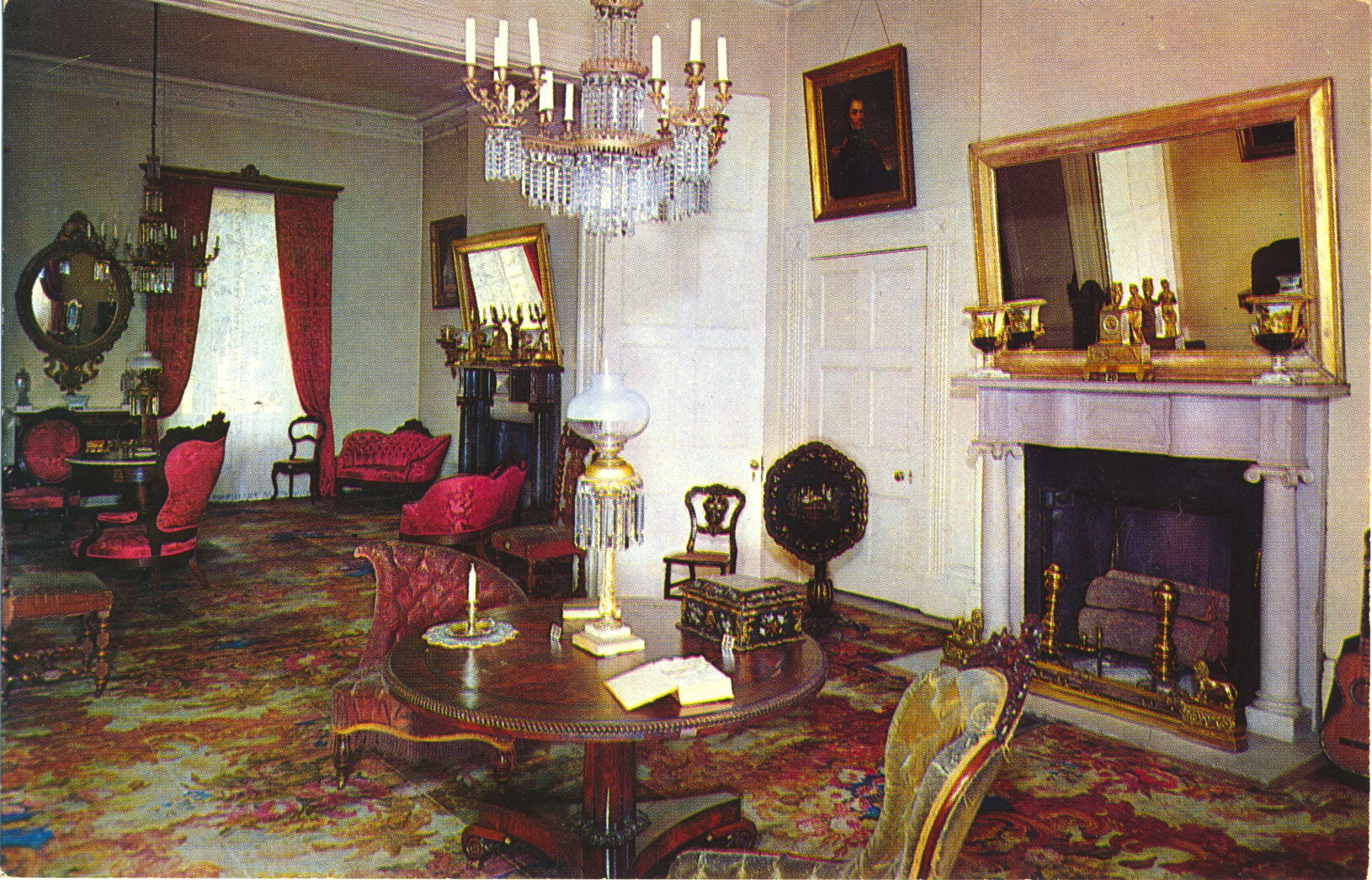 –The visible chandelier is filled with candles as there was no electricity or gas at the time. As a result, the house would have been quite dark after sunset in rooms that did not have generous lighting such as this.