This building, also known as “The Elms”, was built and occupied by E. J. Berwyn, an independent coal mine owner and operator during the time before and after the turn of the 20th century. 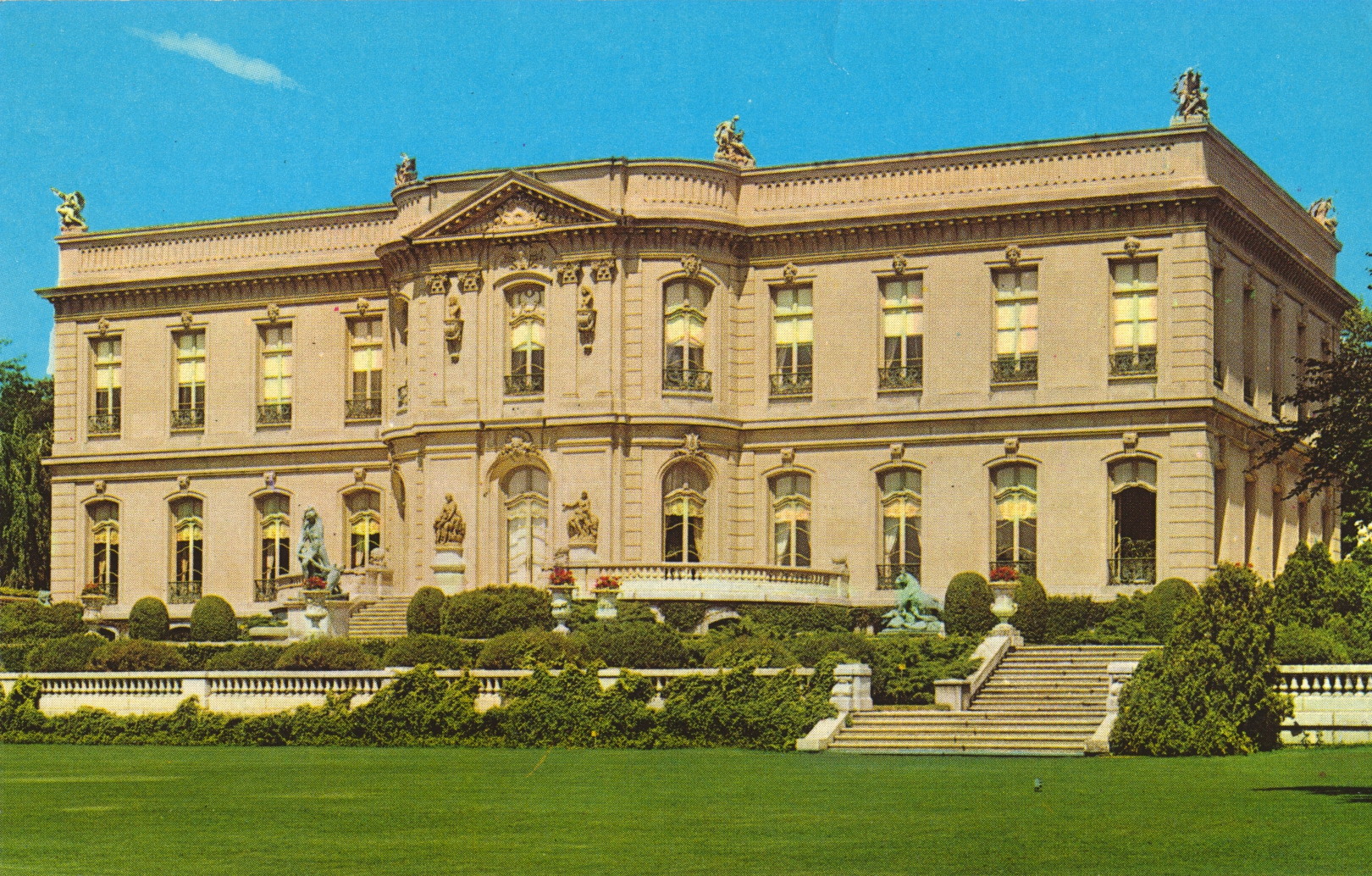 The estate is open to visitors May through October under the auspices of the Preservation Society of Newport County.

–This is a view of the side of the mansion facing the ocean, which includes a large grass enclosure of which part is visible here. The building was constructed in 1901, and used for parties and social events until 1961. The elms which the building was named for have all died from Dutch Elm disease and been replaced with other species, notably weeping beech.