This image is the iconic and now vanished granite outcrop with the apparently human face known as the Old Man of the Mountain. 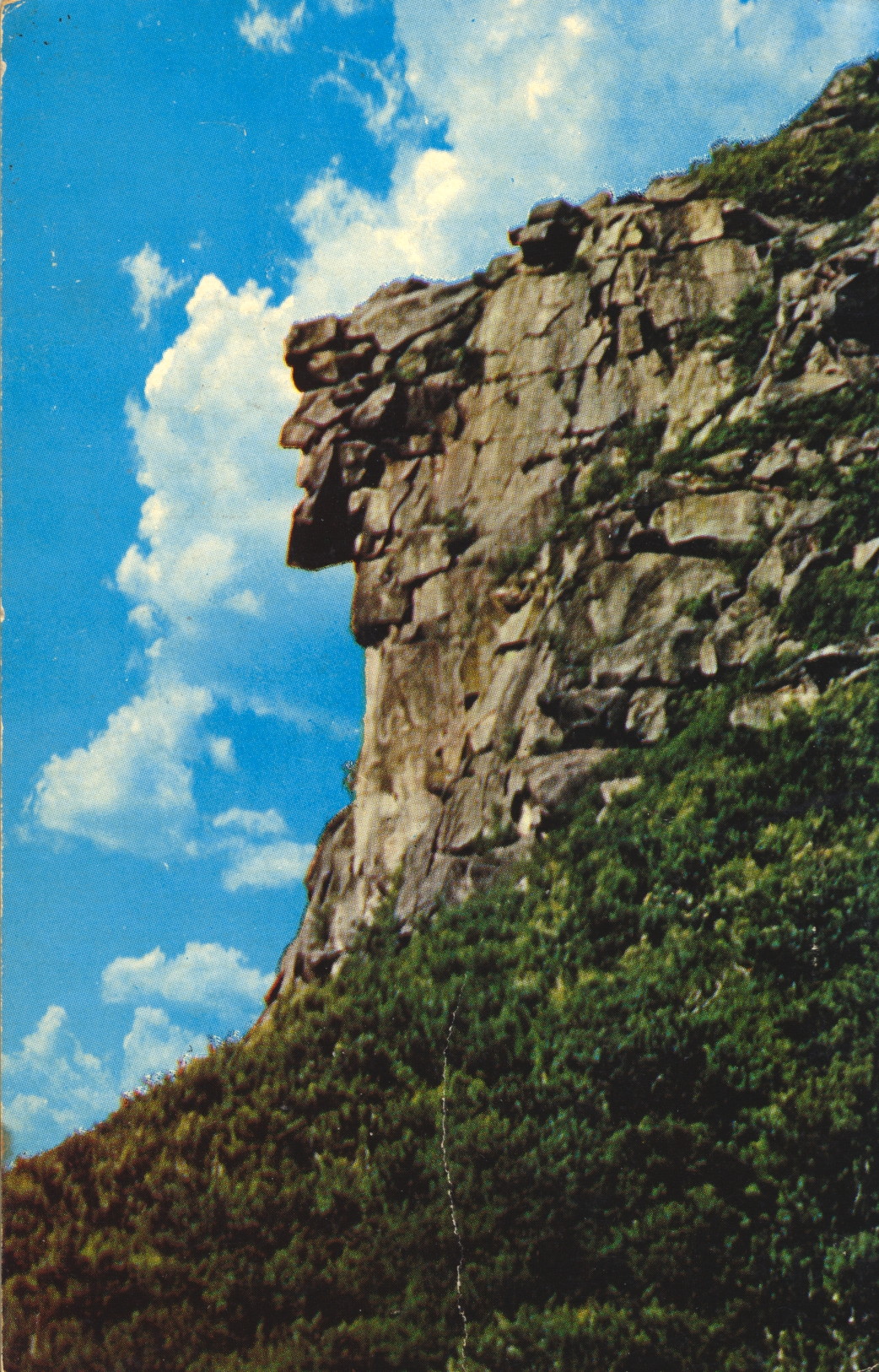 –This formation was discovered by Europeans and named around 1805. Its stature grew until it became the symbol of New Hampshire, and the most famous spot in the state for tourists to visit. However, it was unstable, and in the early 20th century began to weaken enough to require expensive maintenance and repair.

On the morning of May 3rd, 2003, the rock components making up the face broke free of the cliff and fell into the valley below. Some efforts were made at reconstruction or building monuments that depicted the structure, but these have ceased.