This image is of a man dressed in fishing attire common to the north east United States during the mid-20th Century and before. Visible are many common objects and implements of the business. 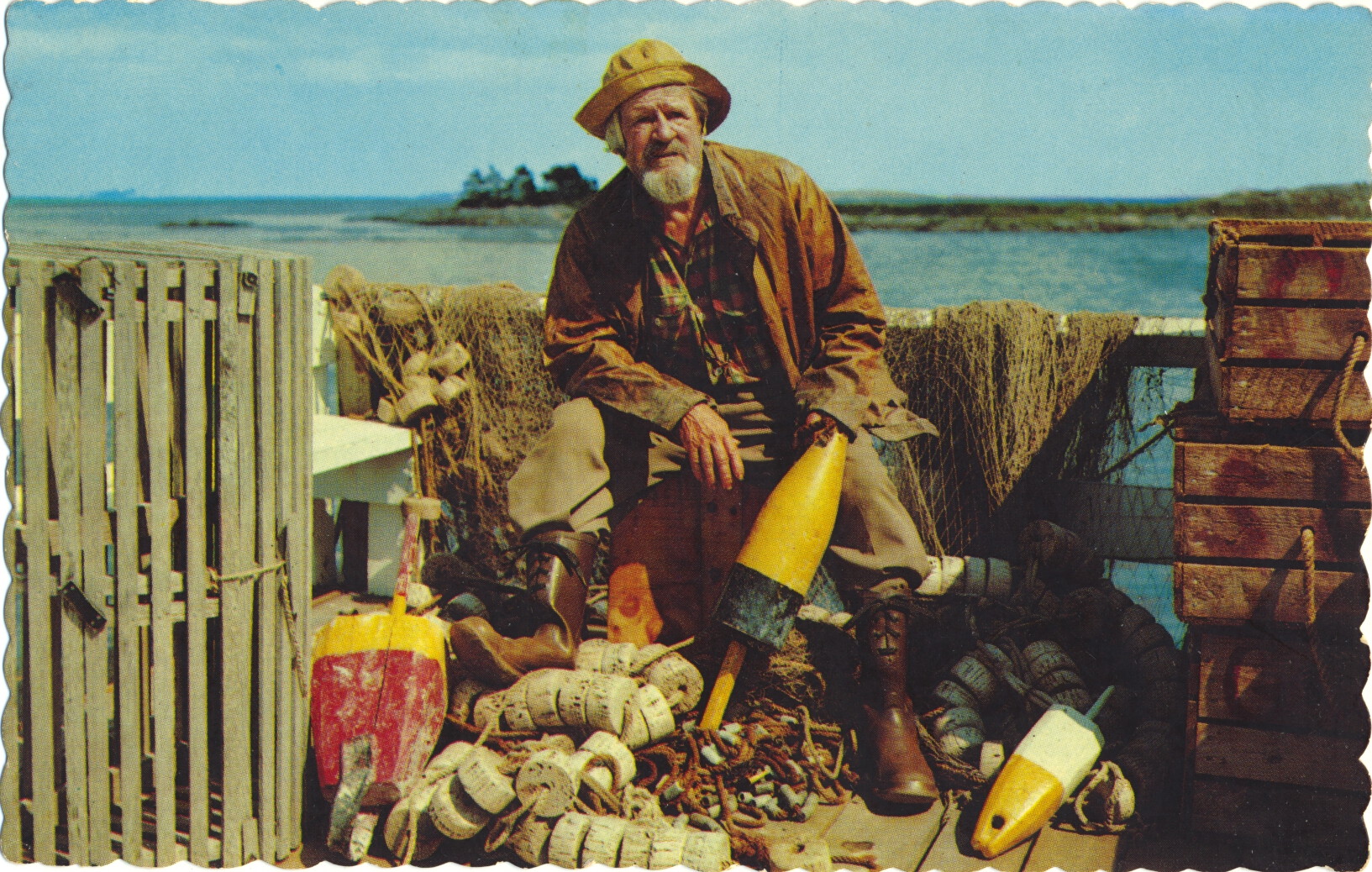 THE OLD SALT ALONG THE NEW ENGLAND COAST

Many’s the stories he could tell of years of sea wind and salt spray, summer’s heat and winter’s icy blast on the Atlantic Coast. Survivor of a past age, he still maintains his proud independence with dory, lobster trap, and net.

–The crates on either side could be shellfish traps, and the bright colored objects are floats to mark the trap locations. This image likely dates from the 1950s.