This image is similar to the previous one, taken from the opposite side of the large palm tree and from a vantage point closer to the water. Fisherman’s Wharf and the nearby  pier are again visible, as well as the small beach with a flock of seagulls. In the distance is the commercial fleet, which was large and active during that time. 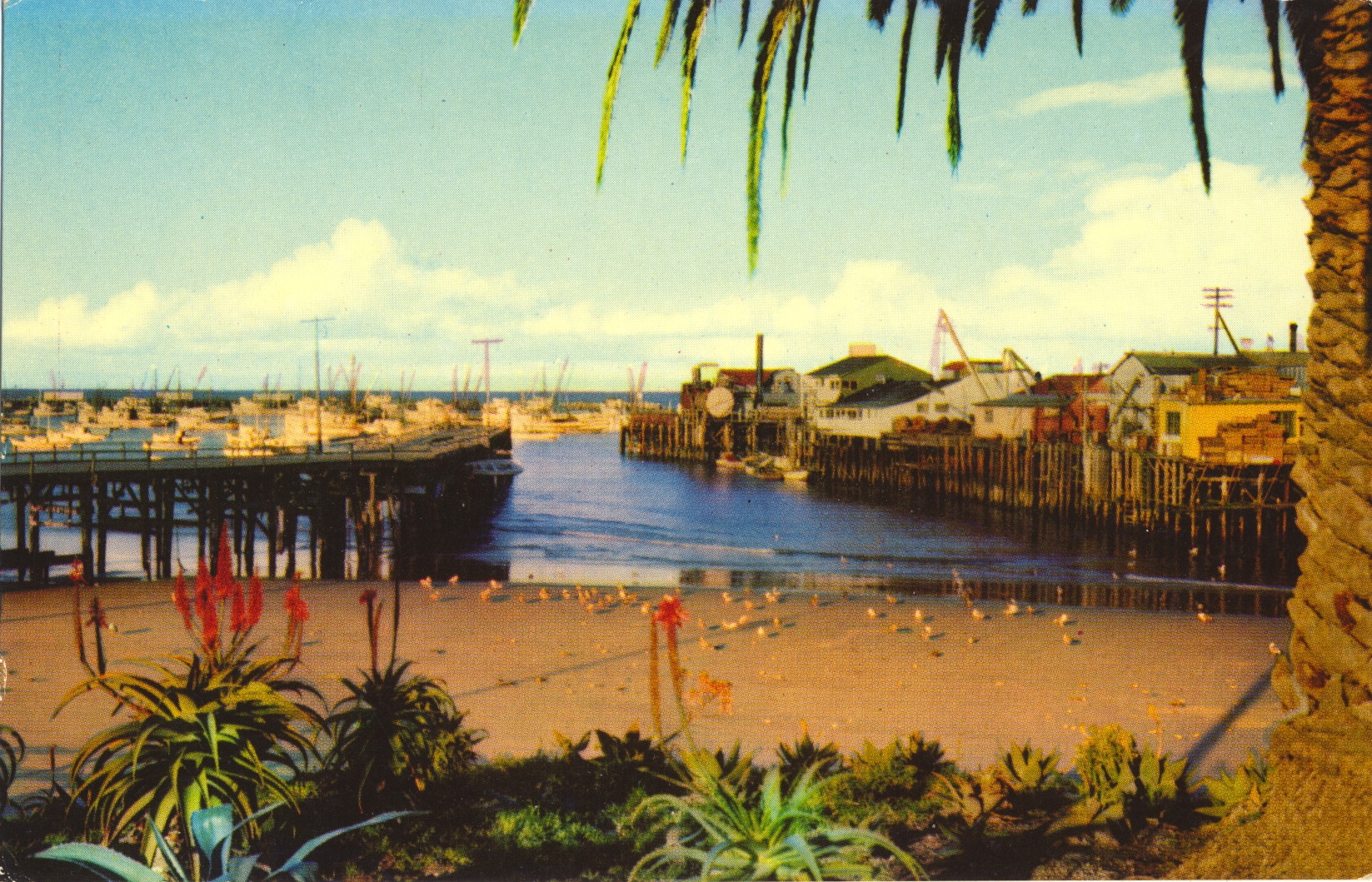 Seafood restaurants and fresh fish shops line this picturesque pier. From here fishing boats go out and return laden down with the many varieties of fish that Monterey Bay is noted for.

–This image likely dates from the 1950s.