This image shows the left side of the wharf walkway, with the view reversed from the previous card, as Anastasia’s can now be seen on the right side of the road, but the candy store is not visible in the distance. 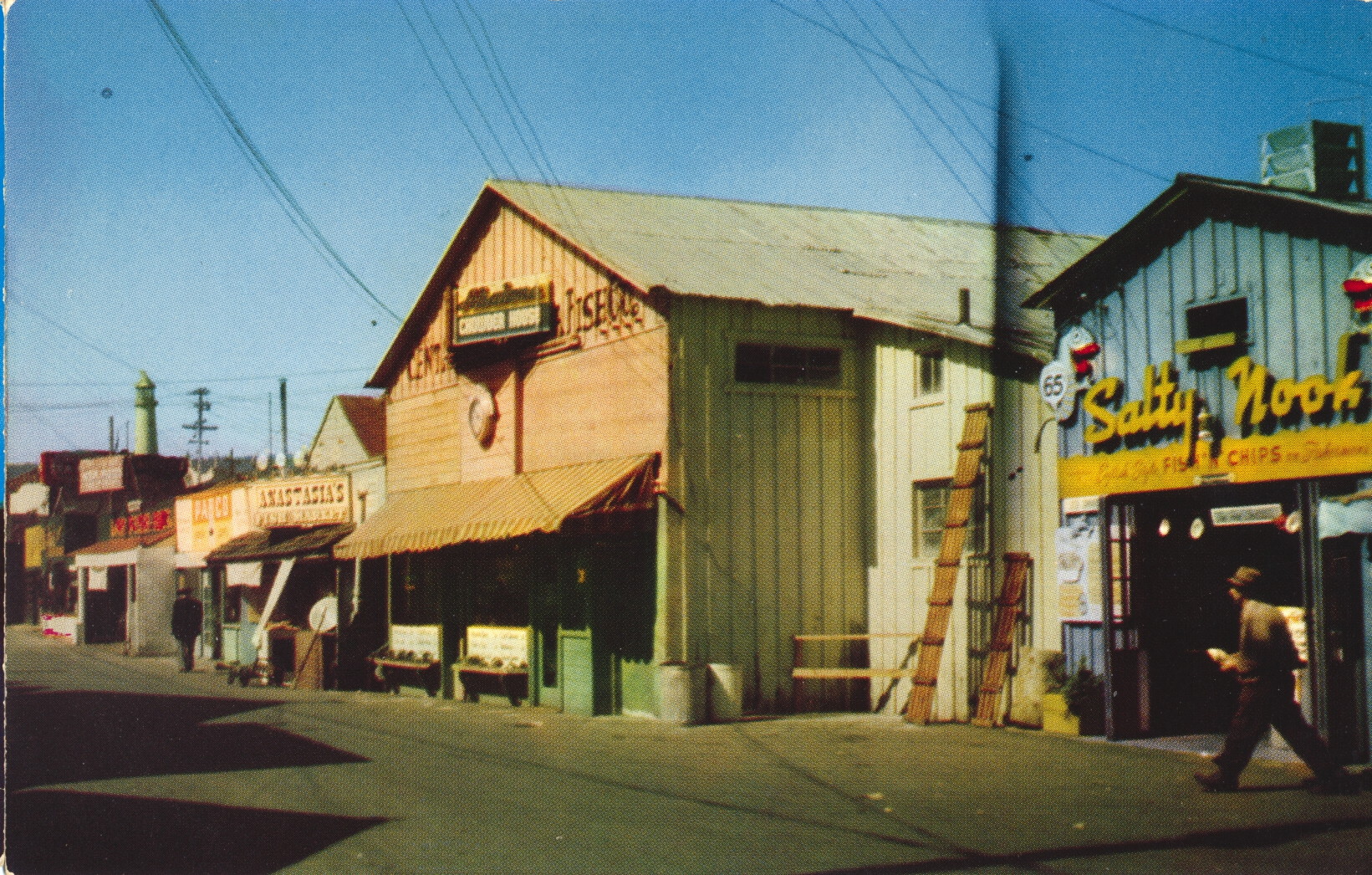 Colorful shops and seafood restaurants abound on the pier. While nearby, the picturesque fishing boats are to be seen riding at anchor.

–The large building in the center was once the Central Fish Co., a processing and wholesale fish seller, but the building was purchased by another owner and is shown as the Chowder House restaurant. Such changes of ownership and purpose are common and ongoing on the wharf.