This image shows an elevated view of the pedestrian entrance to the public wharf, known as Fisherman’s Wharf, In Monterey, Calfornia. The view extends almost to the end of the wharf. 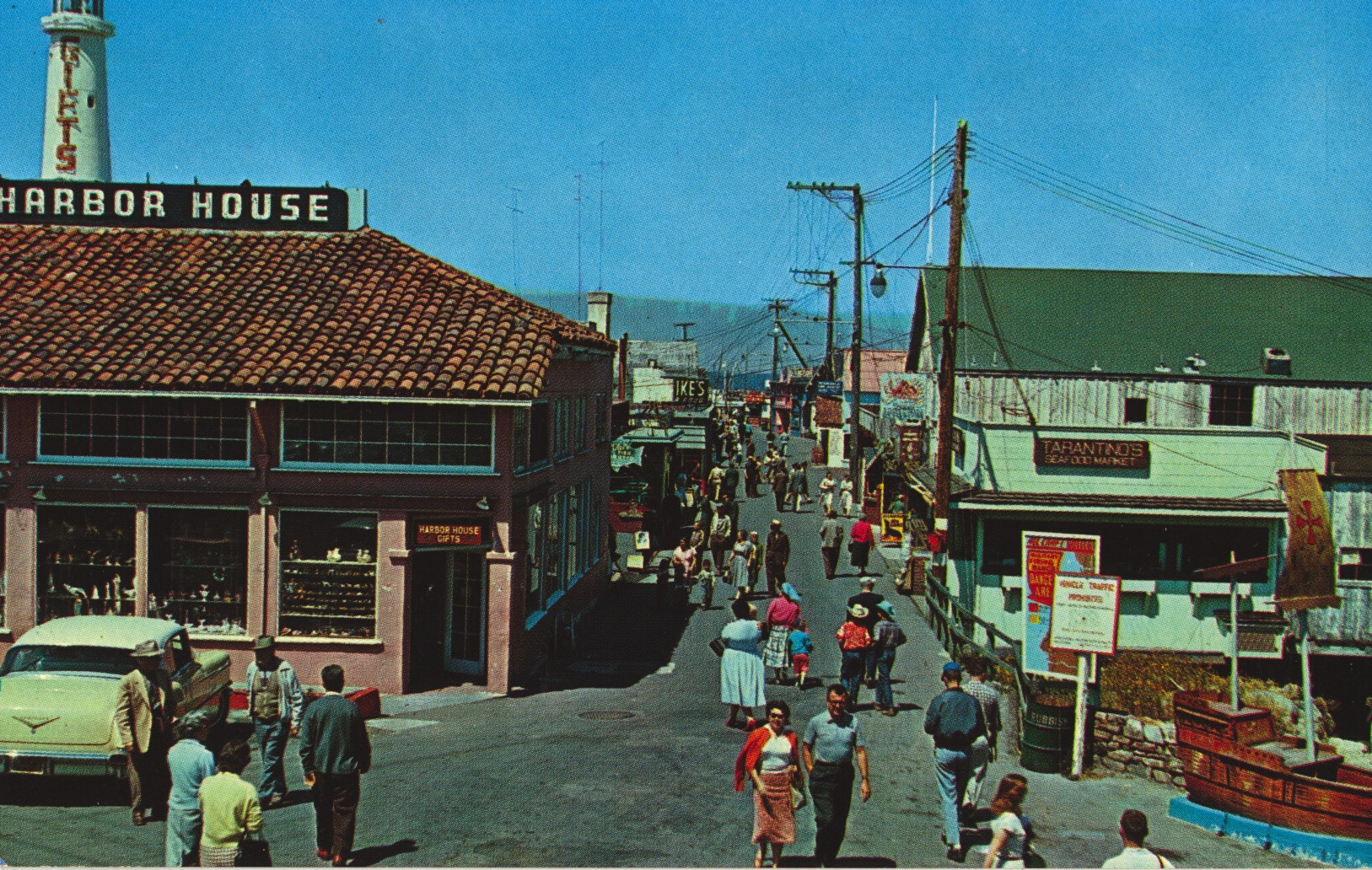 This picturesque old wharf is a must for the Monterey Peninsula visitor. Here are many gift shops, markets, restaurants, fishing party boards, a wharf theatre and the Wharf Aquarium with pet seals and sea lions.

–The wharf was originally intended for both auto and pedestrian traffic, as indicated by the paved road down the middle of the wharf. Tourist activity increased to the point where autos became a liability and were prohibited during normal business hours, as indicated on the white sign on the right of the entrance.

Many of the buildings have changed ownership, but the Harbor House on the left is still operating as a gift shop, the theatre is still active, but the Aquarium has long been closed.