This postcard is an colorized versions of several important sites in the Monterey, California area. 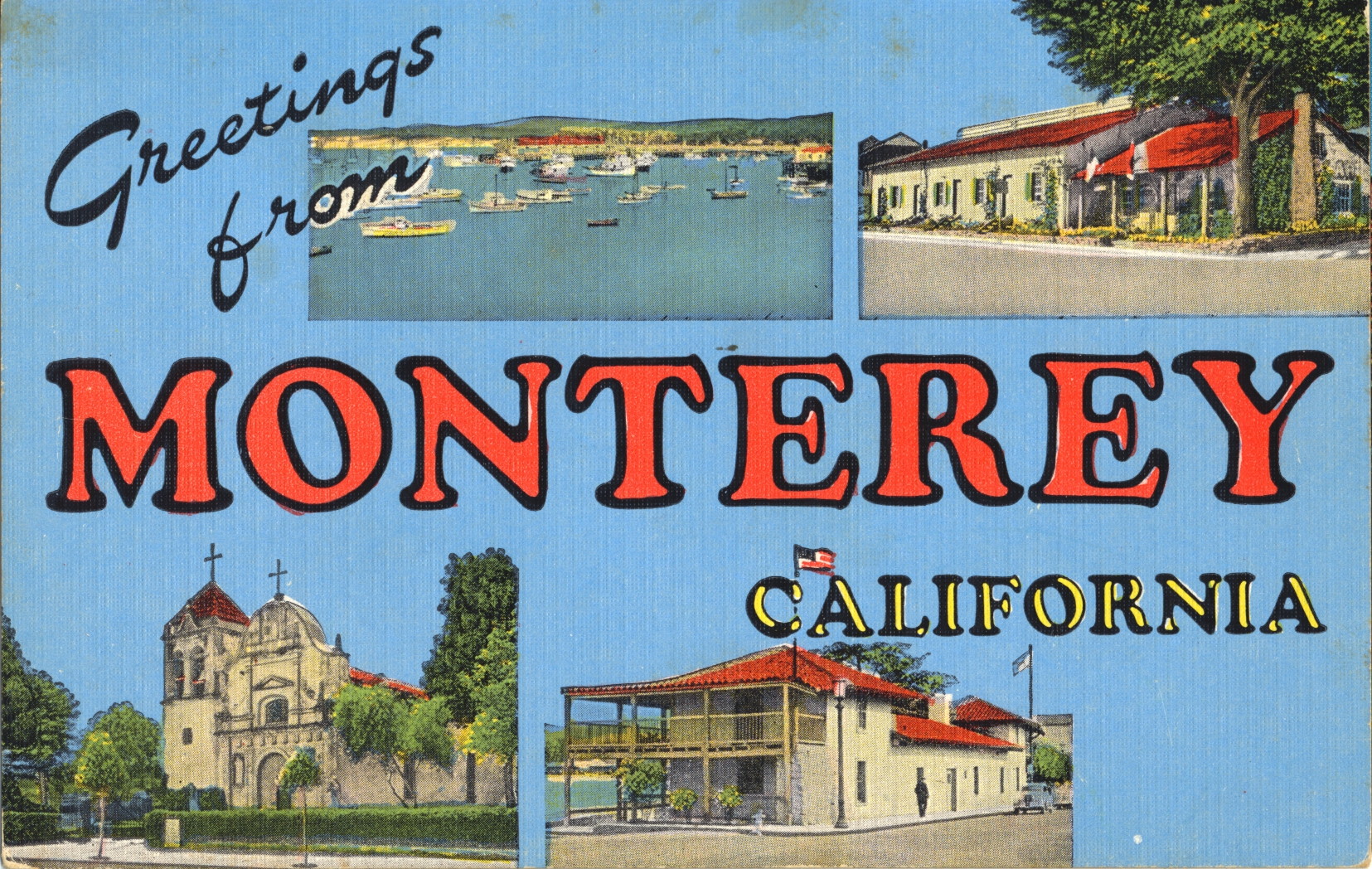 KEY TO VIEWS ON THE OTHER SIDE:

–The fishing fleet will be featured in postcards later in the week.

The First Theater was a site for melodrama performances of 19th Century plays and Olios, a musical performance after the play.

The Royal Presidio Chapel is also known as the Cathedral of San Carlos Borromeo, and was the original site for Father Serra’s mission, but he moved the mission to Carmel, leaving this chapel for the soldiers of the Presidio of Monterey.

The Old Customs House is the historical center of Monterey, and houses a museum of mid-1800s Monterey during Mexican rule.