This home, considerably more substantial and elaborate, was a gift to the General and his family upon the successful conclusion of the war. 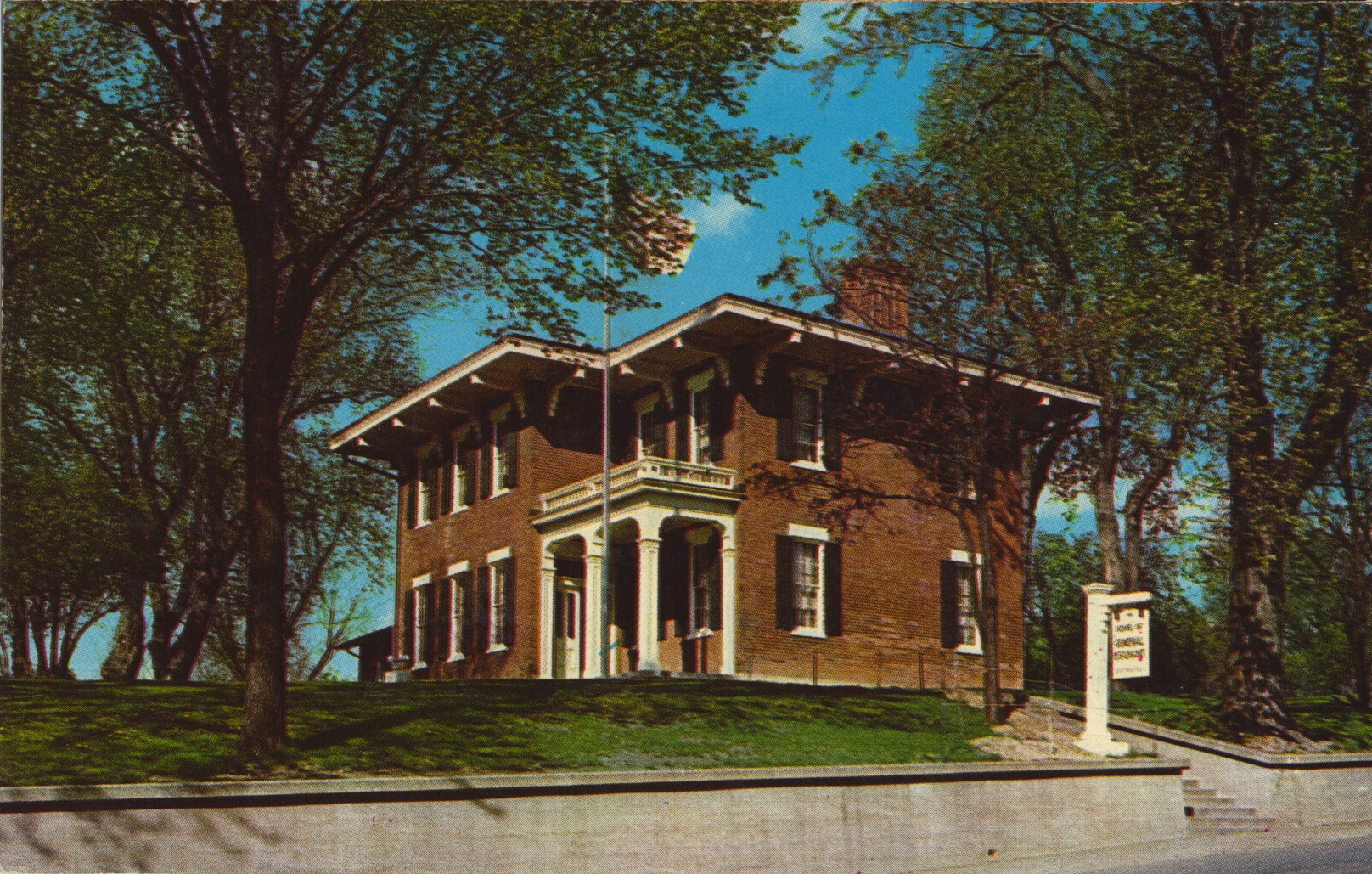 HOME OF GENERAL U. S. GRANT

This home was built in 1857 by Alexander Jackson. Eight years later it was purchased by the City of Galena, furnished and presented to General U. S. Grant on his return from the Civil War. In 1904 the heirs of the Grant estate deeded it to the City as a memorial to their father. In 1932 it became a state memorial and is open to the public daily. Admission Free.

–The family remained here briefly, moving to Washington DC after Grant’s election to the Presidency in 1868.