This is a view facing north along Main Street in Galena Illinois, the main commercial street for the city at the time. This street was under 5 feet of water during a flood on the nearby Galena River in 1937. 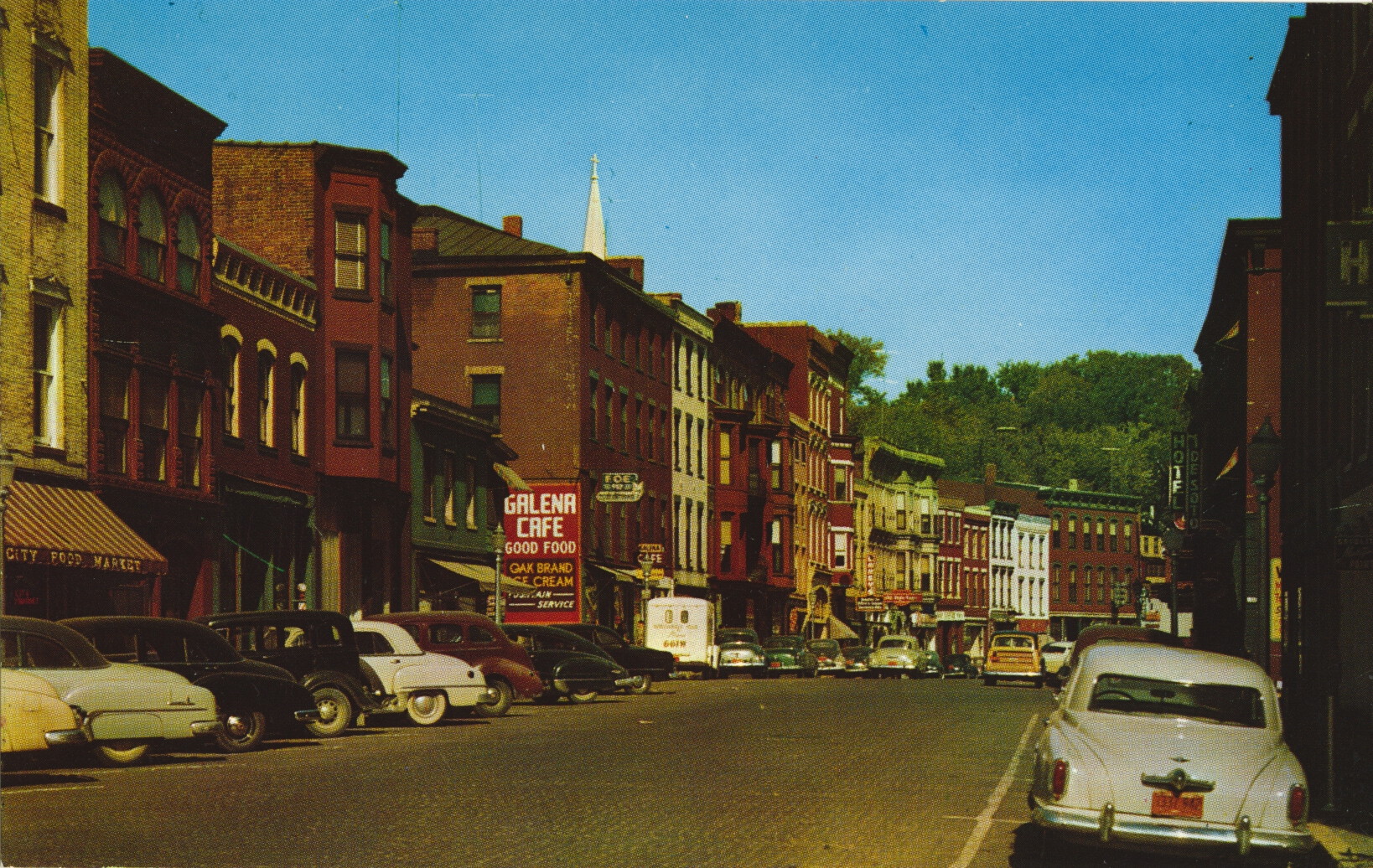 –Galena is named for the lead ore that was found and mined here during the early years of settlement. It resulted in the first mineral ‘rush’ which occurred in the 1820s, like the later gold and silver rushes.

The cars present in great numbers in this view point to a photo made in the 1950s.